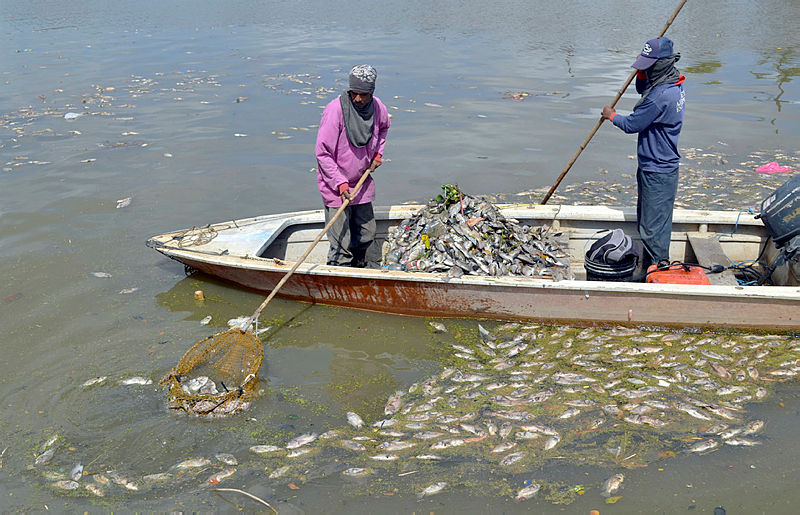 MALACCA: The Malaysian Nature Society (MNS) has called on the Malacca government to find the cause of several thousand dead fishes and the reason behind why water in the Malacca River turned black recently.

MNS president, Prof Dr Ahmad Ismail said if the phenomenon were to recur, the authorities should have the answers on what happened and the ways to overcome it.

“Is it because of the meeting of sea and river water as there is no water gate and is it the first time? They have to find the causes and overcome the problems.

“The Malacca Drainage and Irrigation Department and the Department of Environment should have the answers for the causes of the dead fish and black water,” he told Bernama.

On Monday, Bernama reported pollution caused the water of the Malacca River to turn black with a foul odour. Dead fishes were found especially in Taman Rempah here in the past two days.

It was also reported dead tilapia fish were found along seven kilometres of the Malacca River all the way to Malacca Sentral.

Yesterday, the Malacca Chief Minister was reported as saying that a special committee has been set up to look into the problems in Sungai Malacca to stop them from occurring again in future. — Bernama KBS not responsible for ticketing issue at Petronas Malaysia Open 2022 KBS not responsible for ticketing issue at Petronas Malaysia Open 2022

3.KBS not responsible for ticketing issue at Petronas Malaysia Open 2022