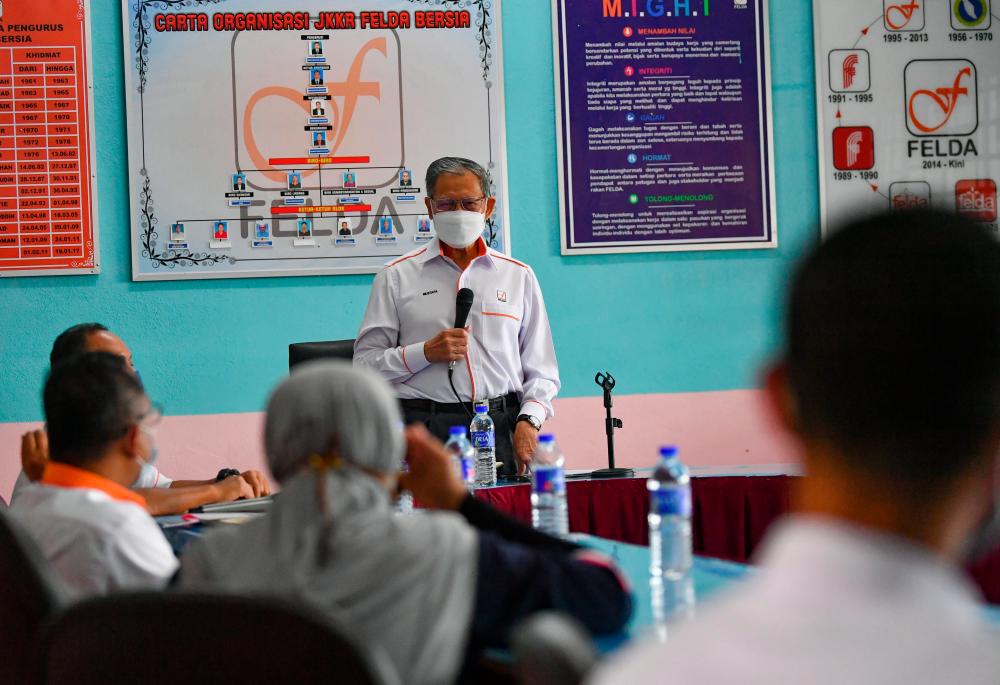 He said the Felda management is now actively planning various efforts including going to the field to provide understanding, especially to some settlers who are still unclear about the loan adjustment.

“Among the reasons there are still settlers who have not given any answer regarding this loan adjustment include lack of understanding.

“For example, at the initial stage, these settlers thought that if they agreed to sign the agreement, Felda would take over all their farmlands. That’s a wrong perception. On the other hand, if they agree (to sign) Felda will ensure that their farmlands are well managed,” he said.

Mustapa said this at a press conference after visiting Felda Bersia, about 90 kilometres from Ipoh, today.

On July 7, Prime Minister Tan Sri Muhyiddin Yassin announced that the government had basically agreed to dispose of part of the Felda settlers’ loan amounting to RM8.3 billion as an initiative to revitalise the 65-year-old organisation.

Muhyiddin also stressed that the write-off was done through a conditional settler loan adjustment initiative, especially for the early generation (settlers) who had made sacrifices towards the success of the Felda land development programme.

In another development, Mustapa, who is Jeli member of parliament, said Felda also monitors the latest developments related to the Covid-19 pandemic and so far, a total of 142 vaccination centres (PPVs) have been opened in land projects throughout the country.

“To increase vaccination on land projects that do not have PPVs, Felda has collaborated with the National Heart Institute’s Mobile initiative to implement (more) PPVs on the go,“ he added. — Bernama