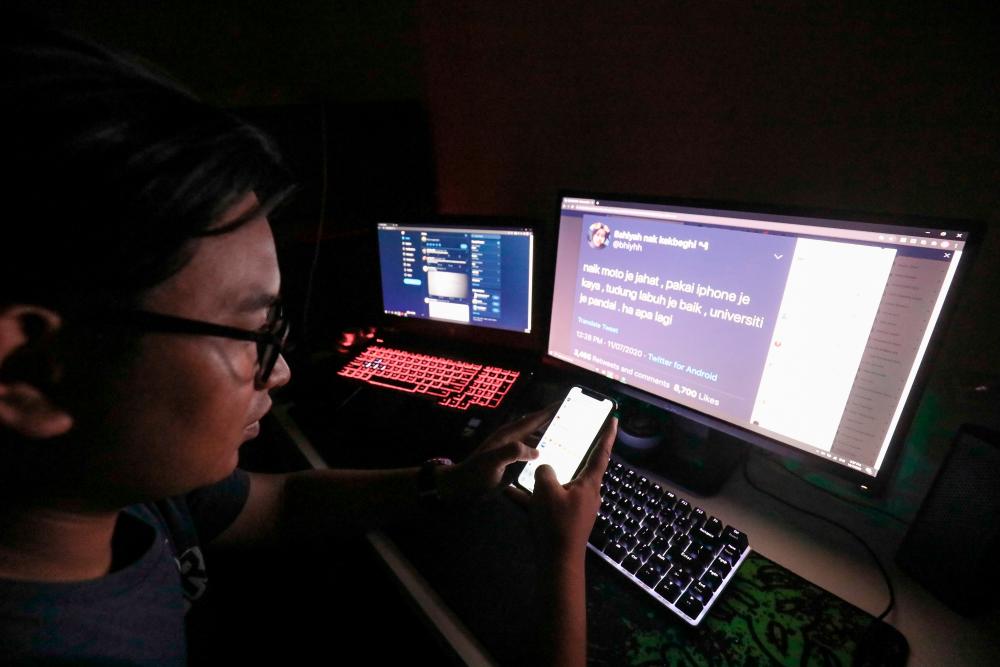 Experts say the focus should be on teaching media literacy to the public, as content creators can spread misinformation and mislead them. –HAFIZ SOHAIMI/THESUN

KUALA LUMPUR: Considering the rise of misinformation and fake news on social media, experts are calling for education so the public can differentiate between fake and verified news. They also want content creators or social media influencers to practise self-regulation.

International Islamic University Malaysia Assoc Prof Dr Shafizan Mohamed said while laws are in place to combat libel and slander, there are no specific laws to govern what influencers spew on social media.

“Ideally, it would be great if we could regulate influencers and content creators as they come from varied backgrounds and have different goals, purposes and interests. Unfortunately, some of them do not have the best intentions or consider the effects of what they upload for public consumption.

“There are provisions in place. But they are only for marketing and advertising, such as indicating if a post is sponsored.”

Shafizan said influencers not only sell a product but can also sell views, ideas and opinions, which she said is “dangerous”, especially during critical times such as the recent elections.

“If we regulate their ability to speak, then we need to control social media, which would be very difficult as well. Therefore, a better alternative is to educate content creators and the public. So, digital media literacy is key to managing fake news-related issues, mainly because social media has saturated our lives. People need to learn how to use it responsibly.”

Echoing similar sentiments, Taylor’s University School of Media and Communication senior lecturer Dr Benjamin Y.H. Loh said the focus should be on teaching media literacy to the public, as content creators can spread misinformation and mislead them.

“We saw plenty of this happening during the movement control order and much more during campaigning for the general election.

“Hate speech, discrimination against others and incitement to violence are unacceptable and should not be protected under free speech.

“In Malaysia, this is a tricky situation as hate speech against certain groups such as migrants, refugees and the lesbian, gay, bisexual, transgender and queer communities are often condoned by the authorities and society, which has led to it being socially acceptable.”

Loh said content on social media is regulated by the platform itself to ensure brand security. Most advertisers do not want to advertise on platforms that host Nazis or other hate groups.

He said that is also a form of regulation and as a result, it protects vulnerable groups and communities.

“However, the moderation policies of platforms are often vague, unequal and prone to manipulation or error. On the other hand, state regulations have the potential to overreach and favour government bodies.

“There is currently no right way to regulate social media, but considering how it has had a huge impact on elections around the world, the current situation is not tenable and the digital sphere is under siege.”

Content Forum is an independent self-regulatory industry body registered under the Malaysian Communications and Multimedia Commission to organise and encourage the self-regulation of content on electronic mediums.

“Social media users must understand they can and should contribute to ensuring such platforms do not become a cesspool for hate and disorder.”

Mediha said Content Forum encourages users to use in-app reporting functions and to fact-check before sharing potentially unsafe content as well as disengage with offensive content.