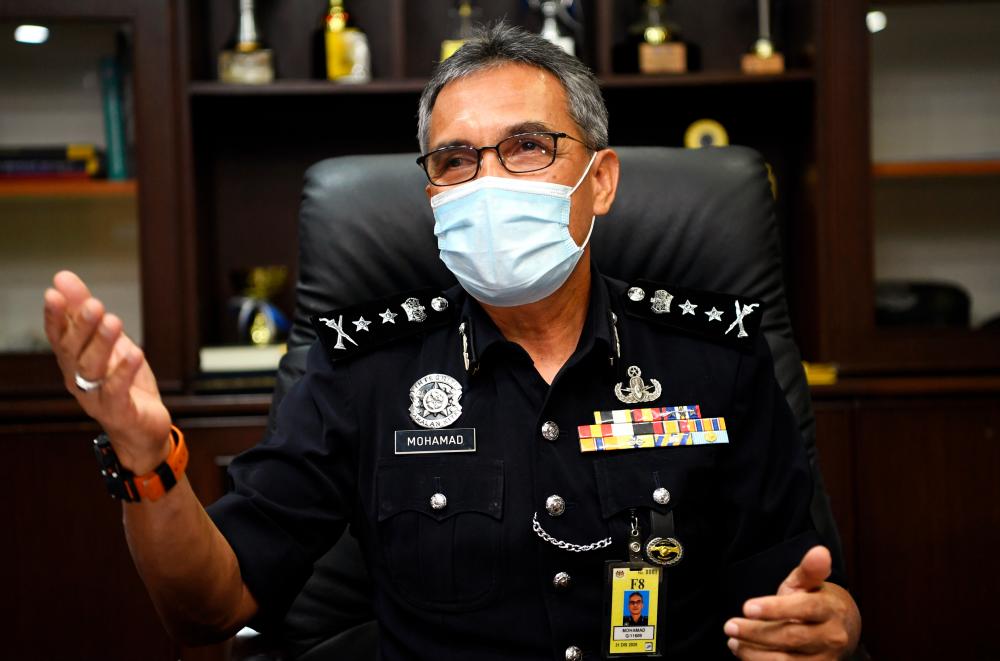 SEREMBAN: The crime index in Negeri Sembilan has shown a 23.3 per cent drop to 1,698 cases from January to November this year, compared to 2,213 for the same period last year.

State Police chief Datuk Mohamad Mat Yusop (pix) said the decline was also due to the implementation of the Movement Control Order (MCO) as well as the tighter controls by the security teams statewide.

“Compared to last year, vehicle theft cases dropped by about 43 per cent while the index for burglary and violent crimes also dropped by 24 per cent and 21 per cent respectively.

“We are still monitoring the current situation now that everyone is free to move around. Comparatively, there is a slight increase in the number of cases in the past month but the sitaution is still under control,” he said.

On the GTSP initiative, Mohamad said it was a government effort under the Home Ministry’s Strategic Cooperation Programme with 2,995 petrol stations nationwide, including 178 in Negeri Sembilan, in carrying out their corporate social responsibility (CSR) activities.

He explained that petrol kiosks should be used as a safety point for anyone seeking help during emergencies, accidents or if they are crime victims.

In another development, Nanda said police had recorded the statements from the several individuals relating to the death of a four-month-old baby girl left in the care of a babysitter before she died at the Tuanku Ja’afar Hospital (HTJ) here two days ago.

He said police would also record the doctor’s statement to assist in their investigations. — Bernama