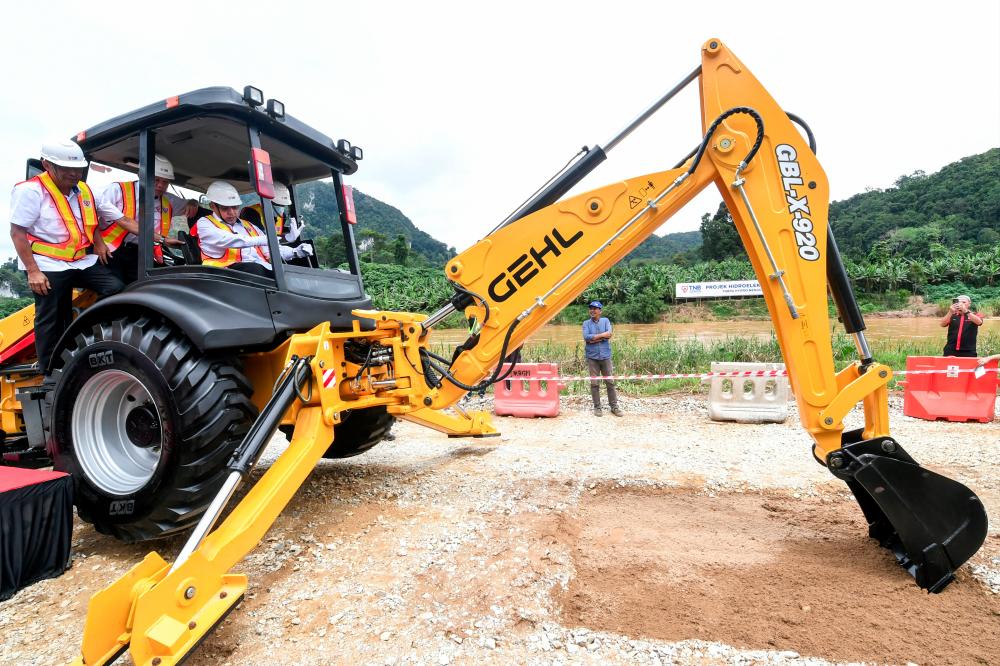 GUA MUSANG: The RM5 billion Nenggiri Hydro-Electric Dam project which is expected to be operational in the middle of 2027 will boost renewable energy (RE) electricity capacity in Peninsula Malaysia, said Minister of Energy and Natural Resources Datuk Seri Takiyuddin Hassan.

He said the project would play a role as the main driver of the national energy industry transition and strengthen efforts to ensure stable and reliable electricity supply for the people and the nation.

He said the federal government had approved the project in principle in 2012 and it was approved by the Kelantan Government in 2014. The dam will generate 300 megawatts (MW) of electricity.

“The project which can generate energy immediately can help ensure the stability and reliability of power supply to the National Grid in case of disruptions and would greatly benefit Kelantan.

“This high-impact project is expected to help the Kelantan Government minimise the impact of the big flood phenomena other than overcoming the issue of clean water supply and irrigation.

“It will open employment opportunities during construction and numerous other potential activities when it is completed later,” he said.

He said this in his speech at the ground-breaking ceremony of the Nenggiri Hydroelectric Project which was launched by Menteri Besar Datuk Ahmad Yakob, here today.

“The Ministry and TNB are always focused on maximising benefits of this project and the interests of villages affected and Orang Asli communities in the area will always be looked after.

“TNB, with the state government, and the related departments and agencies will conduct the resettlements of several Orang Asli settlements impacted based on legal requirements and agreement of the Orang Asli involved,” he said.

He said the project proved the commitment of the federal government to realising the National Aspiration, namely, to reduce dependence on coal to generate electricity by setting a target of 40 per cent renewable energy (RE) capacity by 2035. — Bernama