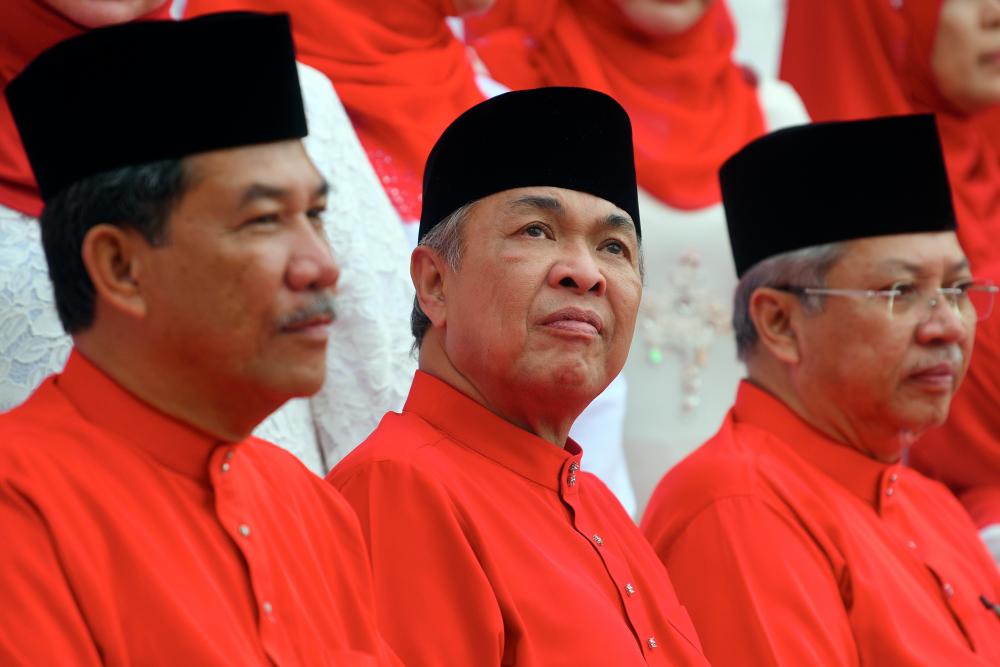 PETALING JAYA: With Datuk Seri Ahmad Zahid Hamidi in troubled waters, the field is now open for the post of Umno president.

However, it is still too early to rule out incumbent president Ahmad Zahid.

Despite calls from within Umno for fresh party elections, an analyst said he still commands very strong grassroots support.

More importantly, at stake is the prime minister position if Umno-led Barisan Nasional (BN) wrests power from Perikatan Nasional (PN) in the next general election (GE15).

Mohamad, popularly known as Tok Mat, is known as a likeable person and is acceptable to all races but lacks power, an analyst said.

He said Mohamad also has better leadership direction and is a potential candidate for the prime minister’s post if BN regains power.

In Jeniri’s view, that could possibly put him in a three-way fight for the country’s top leadership position, against incumbent Prime Minister Tan Sri Muhyiddin Yassin and PKR president Datuk Seri Anwar Ibrahim.

Umno has announced that it will no longer be a part of PN when the nation goes to the polls again.

That raises the possibility of three coalitions – BN, PN and Pakatan Harapan (PH) – jostling for power, a first for Malaysia.

There is a high possibility that Muhyiddin will seek his first mandate before the next elections are due. He indicated this when he announced on March 1 that elections would be held “as soon as the country recovers from the Covid-19 pandemic”.

Ahmad Zahid, who is facing a litany of corruption charges, has taken a six-month leave of absence to deal with his legal troubles.

“Unlike Muhyiddin, Ahmad Zahid and even Anwar, Tok Mat does not have any political liability,” Jeniri said.

Another political analyst, Khoo Kay Peng, said the split within Umno will likely rule out any possibility of early party elections.

“Ahmad Zahid still has very strong grassroots support and he will put up a fight to remain in power,” he said.

While he acknowledged that Mohamad is a “viable challenger”, he believes that Ahmad Zahid has the edge over his number two in the party.

Even within BN, Ahmad Zahid still commands respect. Khoo said component parties MCA and MIC will continue to support him, unless Umno elects a new leader.

Khoo added he does not believe Umno will hold party elections before the term of the current leadership ends.

“First, the supreme council will have to endorse it, but there is no push factor. Ahmad Zahid will fight to prevent it.”

Presenting a contrarian view is political commentator Prof Dr Mohamad Tajuddin Rasdi. He said rather than Mohamad, it is Annuar or Parti Warisan Sabah (Warisan) chief Shafie Apdal who are the more likely contenders for the post of prime minister.

He said within Umno, Ahmad Zahid is not likely to win another term if party elections are held now.

“If he does win, BN component parties will likely go their own way. No one wants to be with the ‘court cluster’ (leaders facing charges in court).”