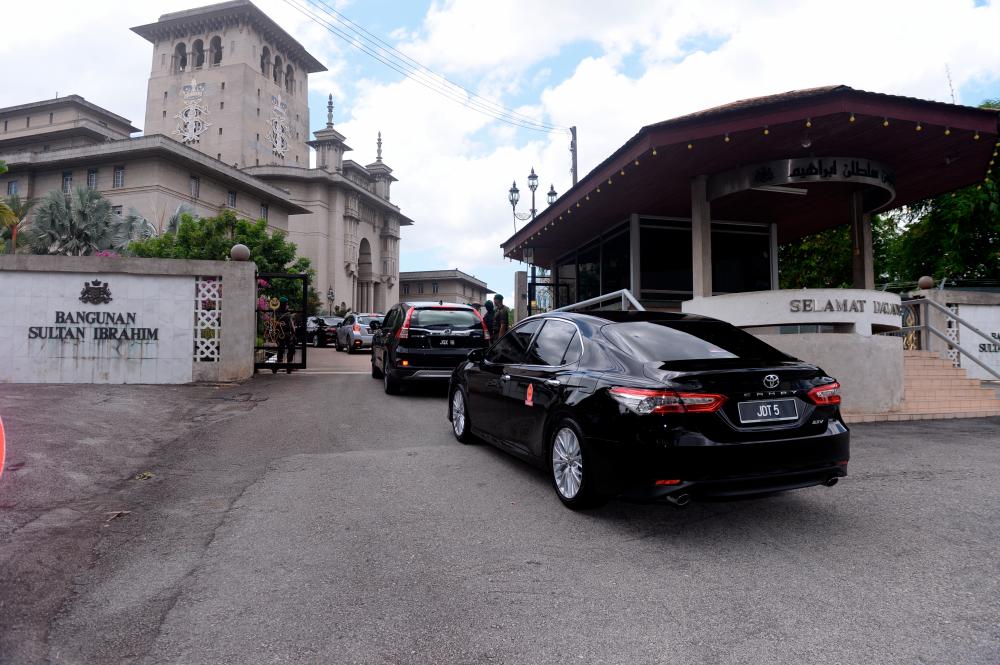 PETALING JAYA: The Pakatan Harapan (PH) Johor state government has fallen and it has been replaced by a new coalition between Bersatu and Umno.

The Johor Palace said the announcement by Bersatu President Tan Sri Muhyiddin Yassin on Monday that Parti Pribumi Bersatu Malaysia (Bersatu) had pulled out of PH, resulted in a hung government in the state.

It said, however, Johor Mentri Besar Datuk Dr Sahruddin Jamal and Umno state chairman Datuk Hasni Mohammad met with Sultan Ibrahim Iskandar on Wednesday to declare that they had the majority to form a new state government.

To confirm they had a majority the Sultan met with each assemblyman from 3pm to 5pm to determine who they supported, also present were the state secretary and state legal adviser.

“Each of the assemblyman was asked to sign a statutory declaration to confirm whether they supported PH or the new coalition.

“Of the 56 assemblymen who were invited two were unable to make it, Simpang Jeram and Puteri Wangsa. Also present at the session was Muhyiddin,“ the Palace said in a statement.