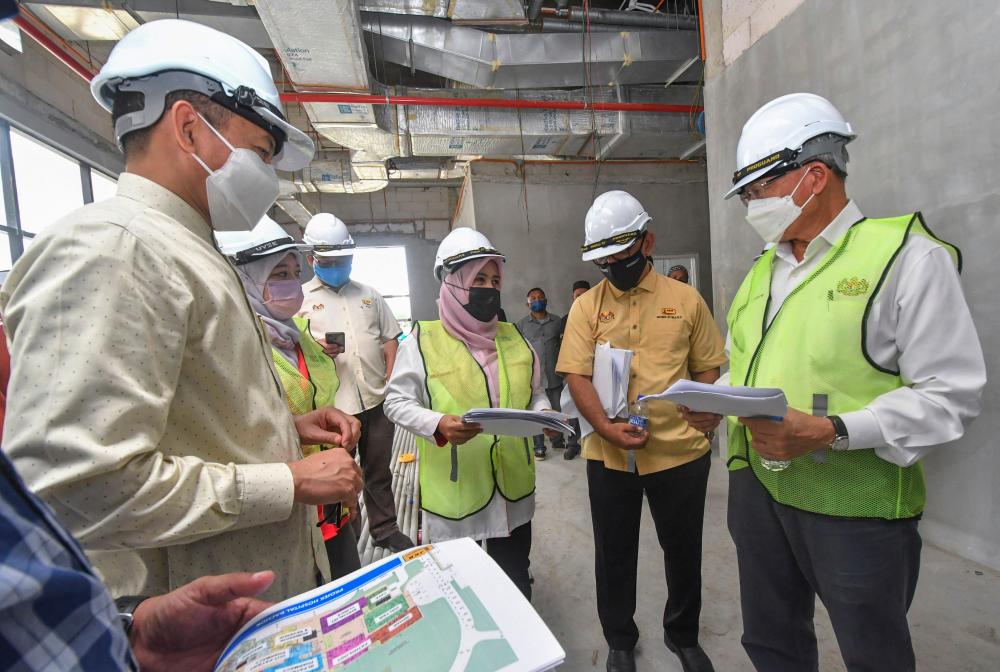 BACHOK: The construction of the Bachok Hospital project, which was abandoned after the developer failed to complete it within the stipulated period, will be resumed in the near future, said Minister in the Prime Minister’s Department (Economy) Datuk Seri Mustapa Mohamed )pix).

He said a construction company had been identified to complete the remaining 30 per cent the project within 24 months.

Mustapa said the original construction cost of RM141 million would also increase due to problems caused by the previous developer.

“The project started in Sept 2016 and should have been completed in Dec 2020, but worker and financial problems caused the developer to fail to complete the project on schedule.

“As a result, the Public Works Department (JKR) has terminated the contract of the company in January. New developer has been identified and will be announced as soon as the letter of acceptance (SST) is issued,“ he told reporters after visiting the project site today.

Commenting further, Mustapa said, the failure of the previous developer was very disappointing because the residents were very much looking forward to the completion of the hospital.

“The additional costs will be announced when the SST is issued to the developer. JKR will decide on the action to be taken against the previous developer,“ he added.- Bernama