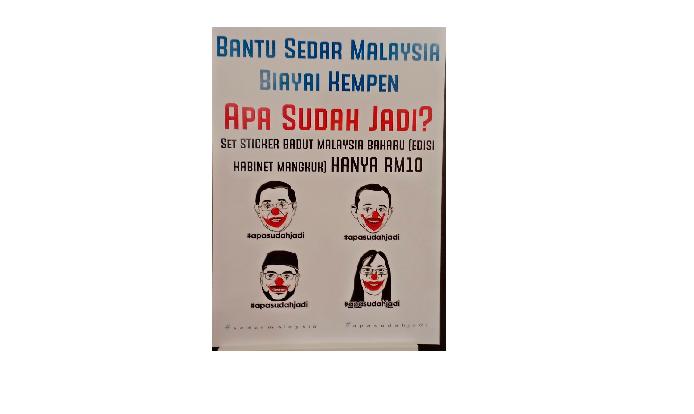 KUALA LUMPUR: An NGO has immortalised four Cabinet ministers in clown face caricature stickers, going a step further by adding a hashtag ‘apasudahjadi’ (what has happened).

These caricatures are sold at a booth set up at PWTC, where a townhall session titled ‘Politik Malaysia Baru’ will take place, in the presence of Najib and former leaders from the opposition Barisan Nasional (BN) party.

They were seen aggressively pushing the sale of the caricatures, priced at RM10 a piece.

Sedar’s president Nazrin Norani said: “This is our own way of retaliation to ask the government to stop acting like Badut’s (Clowns).

“We also intend to empower the people, to come out and speak against the government,“ he said.

According to Sedar, proceed from the sale are to be used for an upcoming rally the group has planned, details of which it will reveal later. 5.‘For Lewandowski, Bayern is history’, says his agent