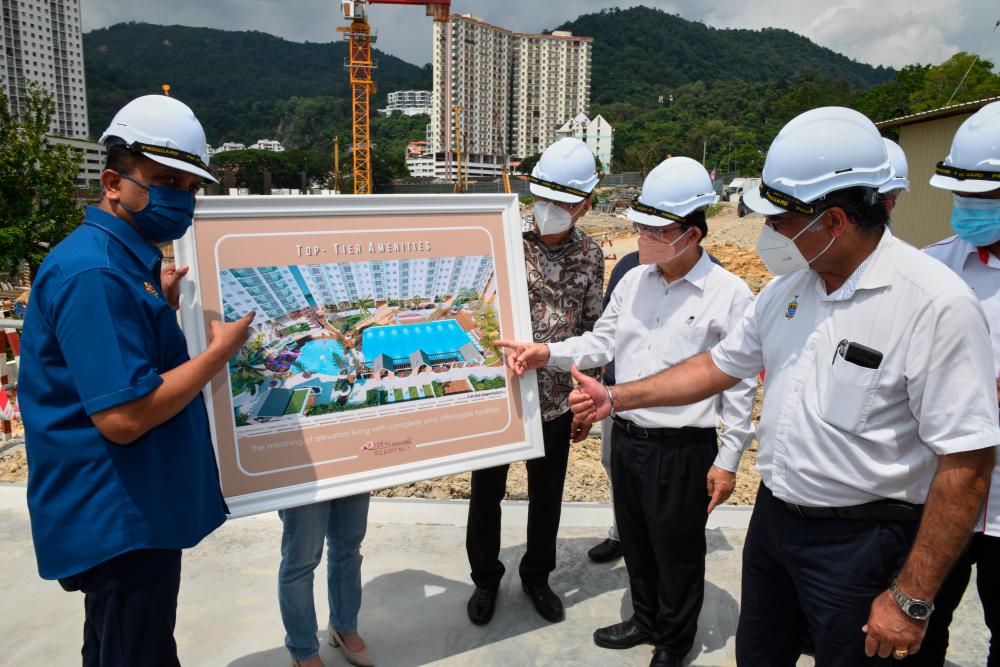 He said that the NHC was approved by the Cabinet on Aug 19 this year and was formed by 15 government agencies.

He noted that the NHC aimed to consolidate government agencies to form a targeted and systematic approach in tackling the issues and challenges on public and affordable housing schemes faced nationwide, such as reaching out to the B40 (lower income) communities, as well as regulatory framework and implementation.

“The NHC was awarded with RM3 million to conduct the extensive study in two years time,” he told a press conference after attending a ceremony for the handing over of letters of offe for Ideal Residency Bukit Gelugor units here today.

On the subject of affordability of affordable housing, Reezal Merican said that he would be looking into solutions to ease the entry point for home buyers.

He hoped that Finance Minister Tengku Datuk Seri Zafrul Tengku Abdul Aziz would look into resuming the MyHome scheme, a Federal government initiative introduced back in 2014 to help lower-income groups to purchase their first home.

“Under the MyHome scheme, the government will be helping the successful applicants by subsidising the standard 10 per cent down payment needed to buy such affordable housing,” he added.

The affordable housing project would be built in two phases on a land size of 16.2 acres (6.556 hectares), which would consist a total of 2,850 units of affordable housing with the size of 850 square feet of space and valued at RM300,000 per unit.