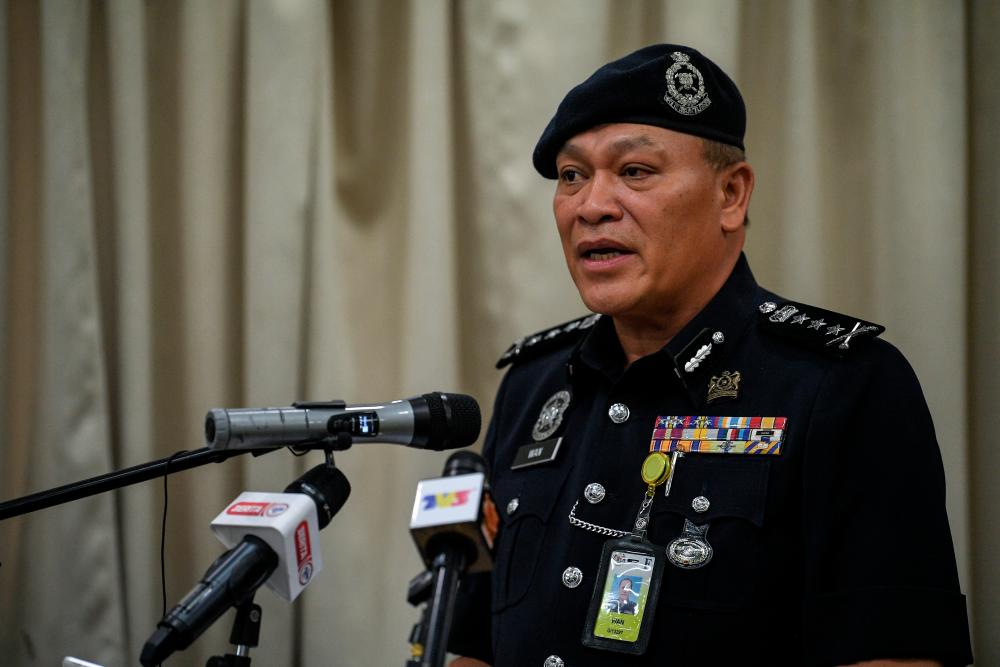 ALOR SETAR: Police have crippled an online fraud syndicate with the arrest of eight men and a woman in an operation in Kedah and Penang last Thursday.

Kedah police chief Wan Hassan Wan Ahmad (pix) said all the suspects, aged between 19 and 51, were nabbed by a team from the Bukit Aman Commercial Crime Investigation Department and the Kedah Police Contingent Headquarters.

“The suspects were arrested in four simultaneous raids at 1.15pm and the preliminary investigation found that they have been involved with the activities since last year by impersonating officials from government agencies including the Inland Revenue Board,” he told a press conference, here, today.

He said all the suspects have been remanded until Tuesday for investigations under Section 420 of the Penal Code, adding that police are tracking down two more men, aged 38 and 41, who are believed to be involved in the case.

Meanwhile, Wan Hassan said a total of 1,881 commercial crime cases were recorded in the state last year, an increase from 1,125 cases in 2020, of which 90 per cent were related to online purchases, Macau scams, non-existent loans and investments as well as love scams.

In this regard, he advised the public not to be deceived by phone calls received from unknown individuals disguised as officials from government agencies and to seek confirmation by contacting CCID Scam Response Centre at 03-26101559/1599.