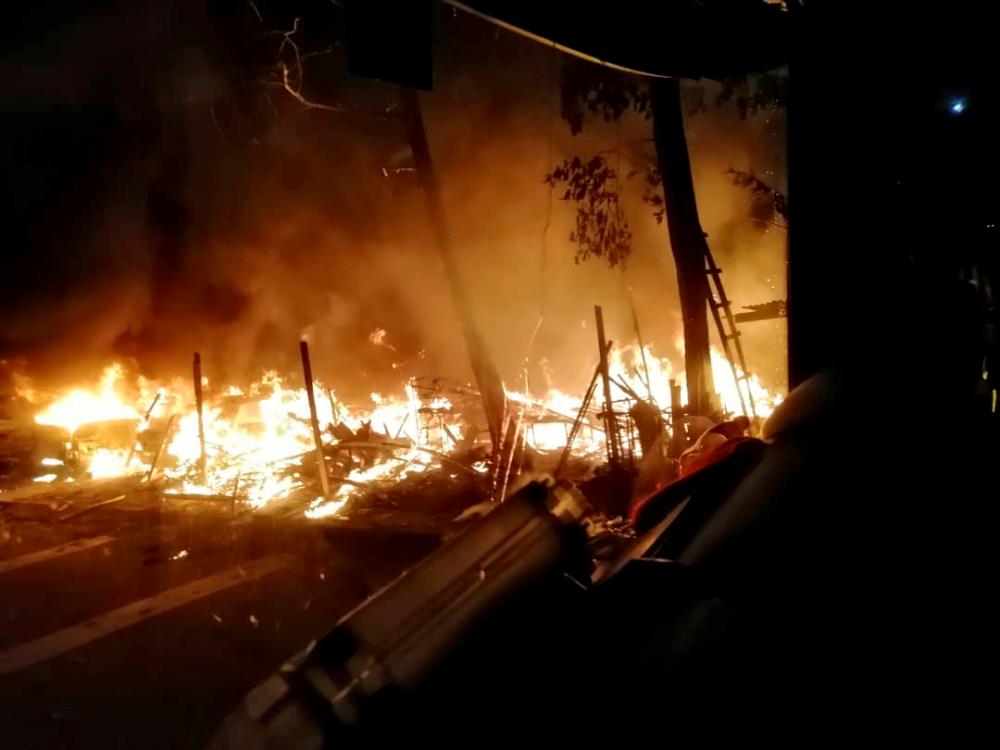 Nine vehicles were destroyed in a fire at a garage on Jalan Cantik 7, Taman Pelangi, earlier this morning. - Bernama

JOHOR BARU: Nine vehicles were destroyed in a fire at a garage in Jalan Cantik 7, Taman Pelangi, here today.

Johor Baru Fire and Rescue Department station senior officer Kilok Lampas said the fire was believed to have broken out at 4.35am and nine firemen and one fire engine were dispatched to the scene.

“The operation team found the 21 feet x 12 feet garage on fire. One Mercedes Benz, two vans, three motorcycles and three electric bicycles were destroyed,” he said in a statement here.

The fire was put out at about 5.46am, he said, adding that the cause of the fire and the loss incurred were being investigated. - Bernama