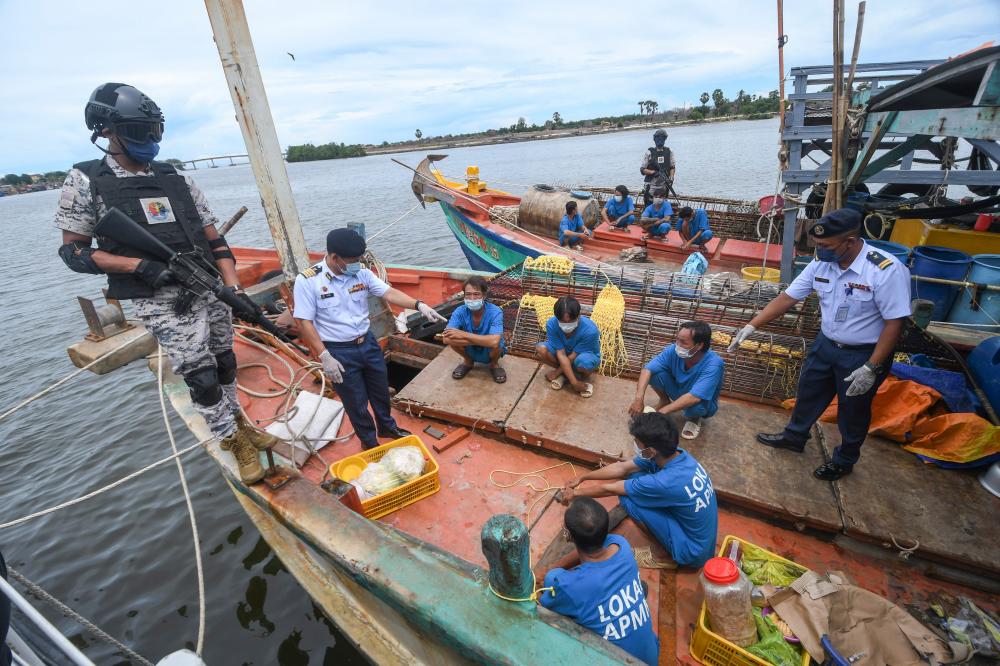 He said in the operation, his men took almost two hours to intercept and hunt down the two boats carrying the fishermen as they tried to escape to Vietnamese waters.

“When we tried to stop the two boats, the fishermen used a 25-meter iron rod, smeared oil on the boat deck and threw ropes into the water to make it difficult for our members to get onto their boats,“ he told a press conference at the Kelantan MMEA Jetty, here today.

Syed Nor Adli said the fishermen involved were placed at a temporary detention room after they tested negative for Covid-19.