No element of crime found in LTAT financial irregularities 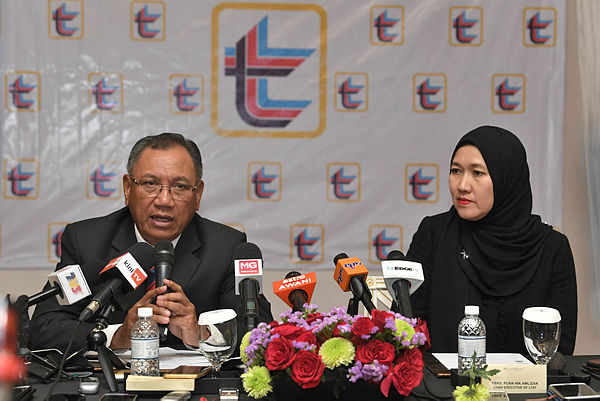 He stressed that the irregularities found in past transactions were due to mismanagement committed by the previous management that was not properly accounted for.

“Unfortunately, when we commissioned Ernst & Young to audit, we found discrepancies which were not criminal but due to the mismanagement that had taken place,“ he told a media conference after announcing LTAT’s FY2018 performance here today.

LTAT has discovered several irregularities in the board’s past transactions, in addition to weaknesses in its operation, accounting and legal areas.

These irregularities and weaknesses took place under the previous leadership of Tan Sri Lodin Wok Kamaruddin as LTAT chief executive up to Sept 7, 2018.

Following the assessment from accounting firm EY in February 2019, key findings include retained earnings impacted due to over-payment of dividend, overstatement of LTAT’s assets between 2015 and 2017, not properly undertaken due diligence and unsold property assets.

Meanwhile, LTAT chief executive Nik Amlizan Mohamed said a meeting with the National Patriot Association (Patriot) would be held soon to seek their views on efforts to rejuvenate LTAT.

She was also asked about a call by Patriot or LTAT to initiate further investigation into the various non-compliance and weaknesses of financial governance.

“For us, the most important thing is we look forward because now is a challenging time to get good returns for our (shareholders) soldiers,” said Nik Amlizan.

However, he said LTAT would make a police report later should they discover elements of a crime.

“It is too premature for that,“ she said, adding that LTAT has also no plans to make the report by EY public.

In line with its transformation plan and as part of a strategic asset allocation initiative to improve its investment portfolio, LTAT was looking to reduce concentration in some investments in public listed companies.

It also reconsidering the suitability of certain investments that have seen a drop in value. — Bernama