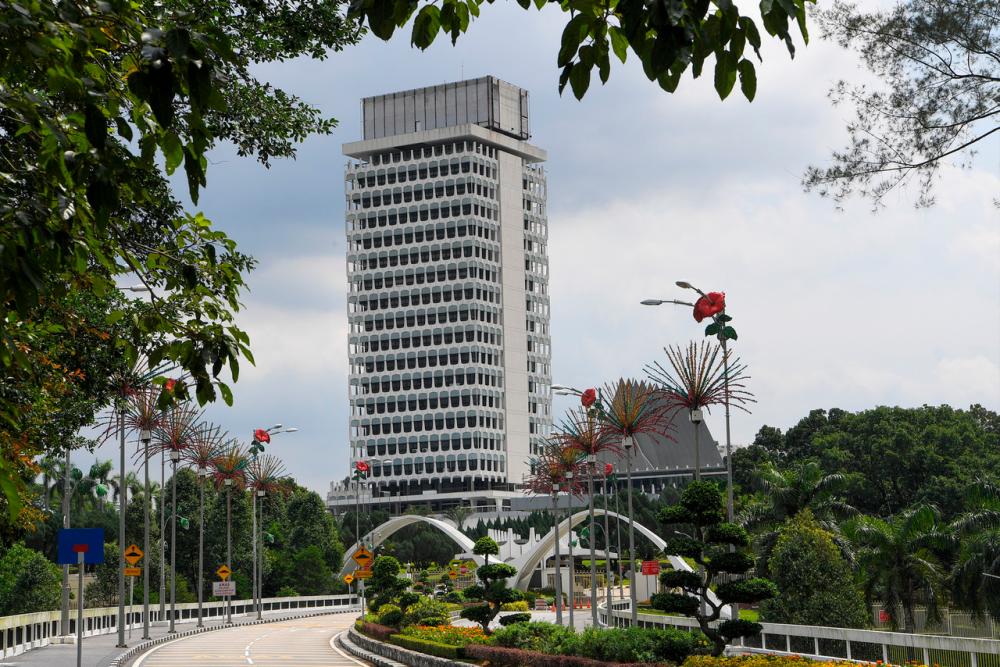 KUALA LUMPUR: All the 220 Members of Parliament (MPs) are allowed to attend the special meeting of the Third Session of the 14th Parliament which begins tomorrow, said Dewan Rakyat Speaker Datuk Azhar Azizan Harun.

He said the proposal to conduct a hybrid meeting had been deferred, and the matter regarding hybrid sessions would not be discussed at the five-day special sitting of the Dewan Rakyat, from July 26 to 29 and on Aug 2.

As such, there is no limit on the number of MPs allowed in the House, and all elected representatives can attend, including those who have yet to be vaccinated against COVID-19, he said.

There are 222 seats in the Dewan Rakyat but two have been left vacant after their representatives died.

“The question of implementing a hybrid parliament session will not be discussed at the special meeting and we will defer the proposal for a while for it to be further refined in terms of requirements of the law and the like. This is the current status.

“The hybrid parliament proposal is for the benefit of those who may not be able to turn up (in Dewan Rakyat) or who cannot attend due to Covid-19.

“We think the proposal to implement hybrid parliament will make it safer for everyone,” he said in a virtual press conference on the final preparations for the special meeting.

Azhar said almost all MPs have been vaccinated, with the latest information showing that 205 MPs have received the full two doses, 12 have received one dose and three have yet to be vaccinated.

On the agenda of the special sitting, Azhar said only matters set by Prime Minister Tan Sri Muhyiddin Yassin would be discussed and no other motions would be allowed.

“For MPs who have submitted motions for this special sitting, I will inform them. The motions cannot be carried forward to the next sitting and (they) need to send new notifications (motions),” he added.

Standing Order 11(3) provides that: “If, during an adjournment of the House, it is represented to Tuan Yang di-Pertua by the Prime Minister that the public interest requires that the House should meet at an earlier date than that to which the House was adjourned, Tuan Yang di-Pertua shall give notice thereof forthwith and the House shall meet at the time stated in such notice. The business set down for that day shall be appointed by the Prime Minister and notice thereof shall be circulated not later than the time of meeting.”

The Prime Minister’s Office had announced earlier that the special sitting is aimed at giving explanations to MPs on the National Recovery Plan (PPN) and the proclamation of emergency and ordinances made by the Yang di-Pertuan Agong under Article 150 (3) of the Federal Constitution.

On allegations that there would be no question-and-answer sessions or debates at the special sitting, Azhar said these were mere ‘misconception’ because there is room for MPs to raise questions and voice their opinions after the ministers concerned had given their explanations.

“In my notices to all MPs, I’ve stated very clearly and expressly that I will allow all questions, allow all proposals, all discussions and everything. I do not know where this perception that I’m not gonna allow debate to take place came from,“ he said.

Asked on suggestions to call Attorney-General Tan Sri Idrus Harun to attend the special sitting to answer questions on ordinances gazetted during the enforcement of the Proclamation of Emergency, Azhar said the Federal Constitution and other legal framework did not touch on this.

“Secondly, it’s up to the Attorney-General whether to come or not, even if it’s allowed, because the Federal Constitution is silent on this matter.