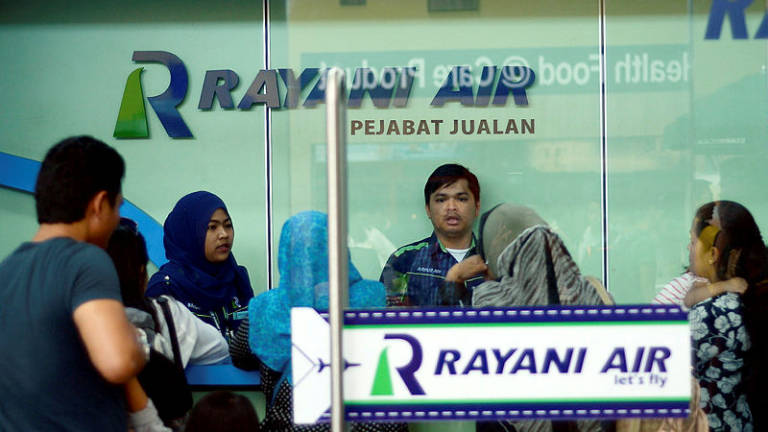 KUALA LUMPUR: The now-defunct Rayani Air Sdn Bhd has yet to submit an application for Air Operator’s Certificate (AOC) to resume operation in the country, according to a source close to the Civil Aviation Authority of Malaysia (CAAM).

The source said it is impossible for Malaysia’s first Syariah-compliant carrier to begin operation without first obtaining licenses from CAAM and the Malaysian Aviation Commission (Mavcom).

“No airport to operate, no operating slot and they cannot take off,” the source told Bernama when asked to comment on Rayani Air former chief executive officer Ravi Alagendrran’s statement that the airline would be flying again this year.

In a social media posting, Alagendrran said the airline would feature a new image whilst maintaining its Syariah-compliant concept.

CAAM is the civil regulator tasked with safeguarding the safety, security and efficiency of aviation services, while the Malaysian Aviation Commission (Mavcom) regulate matters related to the industry’s economic and consumer affairs.

Asked how soon Rayani Air could obtain an AOC if it submits an application, the source said the process for approval could take months to ensure the airline adheres to all regulations and standards related to policy, procedures, human resource as well as aircraft and equipment.

“It’s not an issue of being strict or not (for CAAM to filter a defunct airline). This involves public safety and the operator is required to meet standards set by CAAM and the International Civil Aviation Organisation.”

“Each application will be evaluated to meet the standards and regulations. Therefore, it all depends on their readiness, ” the source explained.

Rayani Air took to the skies on December 2015 but had its AOC revoked on June 13, 2016, following a full investigation into the airline’s administration and safety audit. — Bernama