No more foreign workers for service sub-sectors by 2021 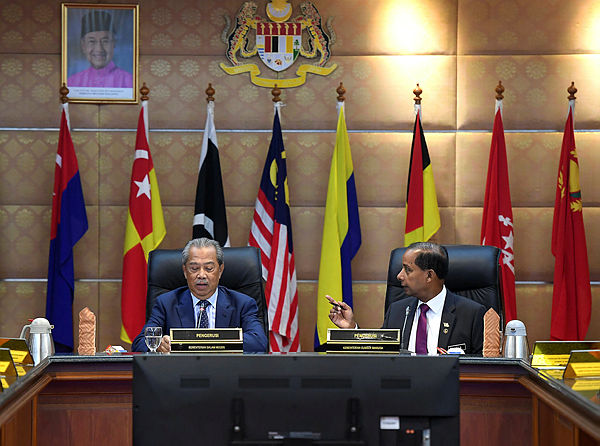 PUTRAJAYA: The government will discontinue the hiring of foreign workers for service sub-sectors comprising laundry, textile, hair dressing and goldsmith businesses in stages, beginning from this year until 2021.

Announcing this in a statement, Home Minister Tan Sri Muhyiddin Yassin said this matter had been agreed upon at a meeting of a joint committee comprising his ministry and the Human Resources Ministry on the topic of foreign worker management, held here today.

Muhyiddin said the proposal to discontinue the services of these foreign workers was put forward by the Ministry of Domestic Trade and Consumer Affairs, and the justification for their discontinuation was the prioritisation of local employment and the focus on other sectors which were more stimulating to the economy.

The meeting, which was chaired by Muhyiddin and Human Resources Minister M. Kula Segaran, also decided that further studies will be undertaken by the Institute of Labour Market Information and Analysis (ILMIA) into the demand for foreign workers in the warehousing sector, in response to the Transport Ministry’s proposal that foreigners be hired for this purpose.

Based on the outcome of the studies, the government will also redetermine the appropriate government agency which would serve as a regulator for this sub-sector, Muhyiddin said, adding that applications for the hiring of foreign workers as drivers of ‘prime mover’ companies at Westports and Tanjung Pelepas Port would be considered in accordance with existing procedures, while taking account of the actual needs of companies.

He said that in future, companies would need to consider factors such as more attractive salaries, allowances and incentives, which would attract local employees, while also setting into motion the move towards automisation and mechanisation.

Another matter agreed upon at the meeting was the proposal by the Works Ministry to impose on foreign worker source countries, fees of RM850 and RM750 per worker in the construction industry for skills competency assessments with regard to oil and gas specialisation, and regular specialisation, respectively.

Also agreed upon today was the extension of the validity period of short-term temporary work visit passes issued to foreign workers to six months, specifically for the paddy farming sector which is currently seeing high operational costs borne by entrepreneurs.

On the proposal by the Human Resources Ministry that a self-regulatory Independent Social Compliance Audit (ISCA) be undertaken by employers, he said holistic engagements with all relevant parties needed to be held first. — Bernama