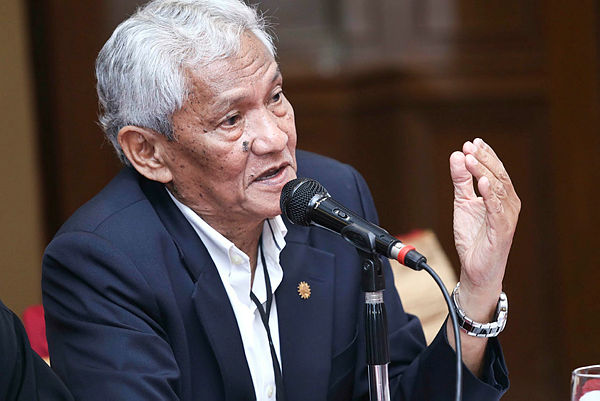 PETALING JAYA: The National Patriot Association (Patriot) would like to see swift action and investigations open against those alleged to be involved in the commission of crime as revealed in the released phone conversations.

However, he said Patriot is aware that MACC Chief Latheefa Koya’s conduct of releasing the recorded phone conversations involving Najib may be sub judice and breaches the rule of law.

“Nothing in this new episode of phone recordings release adds to trial by media compared to what already have. Those are all secondary considering that our country is at an abnormal time when a large portion of the populace seems to be warped into the belief that the former PM is still innocent and opposition parties capitalise in using the ethno-religious card to divide the people further,” he said in a statement today.

He also said people are also tired of the prolonged court cases regarding the 1MDB fiasco, while many more cases have yet to be brought to the courts.

“As such, Latheefa Koya’s act of releasing the phone recordings may help bring a quick end to the nation and people’s agony. Any breach of legal principles on her part is for the learned judges to decide if it needs be,” he said.

He also said what is of vital importance is for all Malaysians to acknowledge that very serious crimes have been committed by top leaders of the previous administration and shamefully abetted by top government officials.

“We need to quickly bring the shameful past to a close and heal wounds, quit the ethno-religious politicking and focus on nation building. We need to put effort into strengthening our economy. We need to raise employment and income levels. Our quality of life and standard of living has to rise,” he said.

He added that the conduct of Latheefa and her team of dedicated officers in releasing the phone recordings are to be commended and not ridiculed, and that even the Prime Minister was not consulted about the press conference.

“This is a positive step towards institutionalising the MACC as a fully independent body,” he said.