Elections can only be postponed in event of no contest or declaration of emergency: Experts 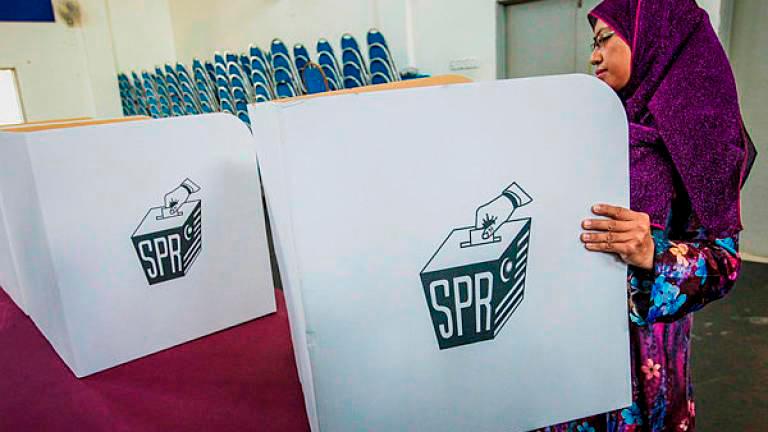 Elections can only be postponed in event of no contest or declaration of emergency: Experts

PETALING JAYA: The world may be going through a health crisis but elections must still proceed, never mind the risk to public safety.

In Malaysia, the Batu Sapi by-election is just around the corner, and the Sarawak state election has to be held by the middle of 2021.

While health experts have expressed concern over a possible resurgence in the number of new infections, as evident from the Sabah election in September, political analysts and constitutional lawyers are very clear that a postponement is not possible under the law.

For instance, they pointed out that elections were not postponed in New Zealand or the United States despite the Covid-19 pandemic.

New Zealand successfully contained the Covid-19 pandemic before holding its elections, and it emerged from the polls with no resurgence of infections.

On the other hand, the number of cases in the United States continues to multiply on a daily basis and there are fears that the pandemic will be exacerbated by the ongoing presidential election.

Americans will go to the polls today to decide between incumbent Donald Trump and challenger Joe Biden to lead the United States for the next four years.

Malaysian Health Director-General Tan Sri Dr Noor Hisham Abdullah had recently recommended that elections be postponed to enable the country to address the surge in the number of Covid-19 cases.

Even Prime Minister Tan Sri Muhyiddin Yassin had expressed concern that another election would exacerbate the situation further.

Constitutional lawyer Kokila Vaani Vadiveloo told theSun that neither the Federal Constitution nor the Sarawak State Constitution allows a government to extend its term beyond the stipulated five years.

However, she said it would be prudent not to bring the election forward, given the current health conditions.

Political scientist Prof Dr Wong Chin Huat said an election should not be postponed when the date has been fixed, such as the case of the US elections.

“However, early elections can and should be avoided in parliamentary systems like ours by keeping the parliament or legislature until the end of its term,” he said.

Wong pointed out that an election can only be stopped by an emergency proclamation.

But an election can also be avoided if there is no contest.

“If there is a walkover in Batu Sapi, we can avoid all the campaigning and polling exercises,” he said.

There have been calls for other parties not to contest in Batu Sapi to enable Parti Warisan Sabah to retain the seat unopposed.

Wong noted that the current surge in the number of new Covid cases is the direct result of the nomination, intense campaigning and polling during the Sabah election.

“One lesson out of Sabah is that the indifference to standard operating procedures, coupled with the mass movement of people provided fertile ground for the virus to spread,” he said.

To address the problem, he said the authorities need to be more innovative and persistent in efforts to educate the people on the risks and safety measures.

“It is best that the elections not be held until such issues are resolved, or when a vaccine is available,” he added. My son was probed for not supporting the govt, says Syed Saddiq’s mum