‘Not the right time for new party’ 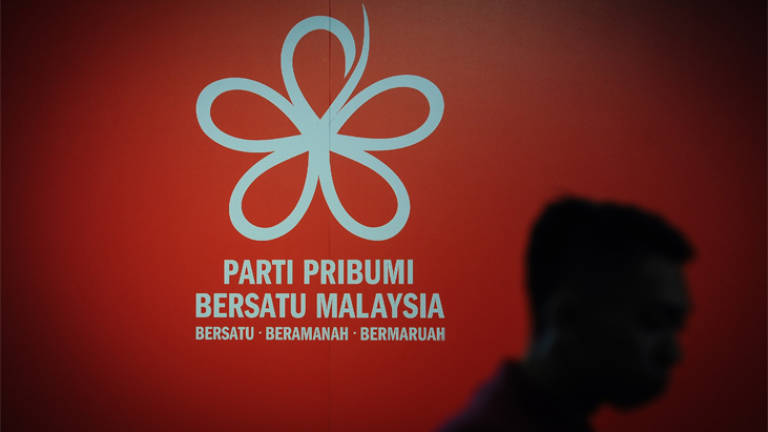 PETALING JAYA: It would be unwise for any of the leaders who have been sacked from Parti Pribumi Bersatu Malaysia (Bersatu) to form a new party so close to impending snap polls.

Analysts claimed that although the idea was not on the cards yet, they should avoid such a move as there would not be enough time to gather adequate machinery and grassroots support to make any meaningful challenge in the event of an election.

“The 15th general election is going to be held very soon, so time is not on their side,” he said yesterday.

Jeniri said the only viable option remaining for these leaders is to contest as independents aligned to Pakatan Harapan (PH).

“Surely, they wouldn’t want to join existing PH parties. Even if they do, I doubt parties like PKR would accept them.

“In the end, they have no choice but to contest independently. The only issue here is that this would not augur well for them as far as votes are concerned.”

Jeniri was commenting on former Bersatu Youth chief Syed Saddiq Syed Abdul Rahman’s decision to withdraw his legal suit challenging his removal from the party on May 28, and what it meant for the sacked leaders.

Singapore Institute of International Affairs senior fellow Dr Oh Ei Sun said it was highly unlikely that these sacked leaders would succeed in their legal battle, particularly as the Registrar of Societies has declared Tan Sri Muhyiddin Yassin as the rightful acting chairman.

In such an event, Oh said it is possible that Mahathir and the others would contest as independents, but maintained that they are more likely to garner votes if they contest under a party banner.

“The issue is, knowing Mahathir, I don’t think they will join an existing party. It’s more likely he might form a new party,” he said, but stopped short of indicating if the new party would be able to pose a strong challenge.

Independent political analyst Prof Datuk Dr Shamsul Amri Baharuddin said forming a new party under the current circumstances and with a lack of support is a lost cause for the sacked Bersatu leaders.

“They won’t be able to enjoy the support that they had with Bersatu previously. So I doubt they will set one up. Otherwise, there won’t be enough manpower to even canvass for votes.”

Shamsul said the best option for them is to lie low for the moment, and to offer to contest under a different party banner independently, once a snap election is called.

“Their only chance to remain relevant is to continue working with PH.”

Although a date has yet to be fixed, Senior Minister Datuk Seri Mohamed Azmin Ali had said snap polls could be held this year.