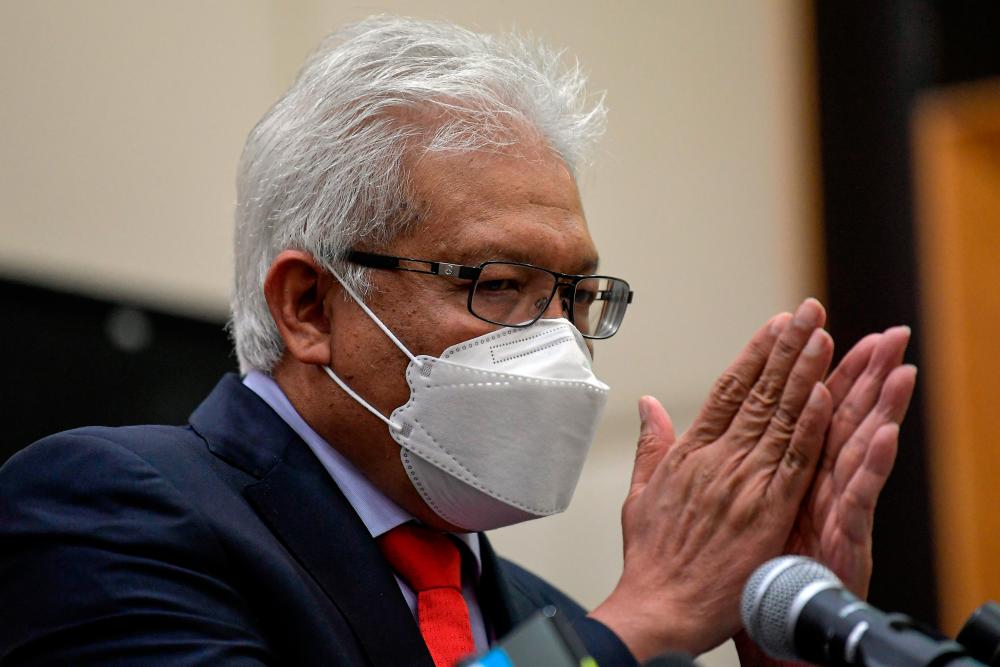 PUTRAJAYA: The National Registration Department (NRD) has formed a special task force to check and update information on Malaysians aged 90 and above, and their status, said Home Minister Datuk Seri Hamzah Zainudin. (pix)

He said this following claims that the deaths of the elderly, especially those aged 90 and above, had not been registered in the NRD system.

“The task force will be checking and updating information on these individuals and their status, whether they are still alive or had passed away.

“Among the approaches to be taken are by contacting their nearest next of kin and looking for their last known address registered with the NRD.

“If discovered that they had died based on confirmation by their next of kin and certain parties, the NRD will record their deaths based on the existing legal provisions,“ he said at the virtual 73rd NRD Day celebration, here, today.

Based on the NRD records, Hamzah said that 63,620 individuals aged 90 and above were still alive.

On the registration of voters aged 18, he said the NRD was prepared to assist the Election Commission in the registration exercise by providing access to its (NRD) system on the individuals eligible to vote and in checking the electoral roll.

He also said that the NRD would continue to boost its going-to-the-ground initiatives such as the Menyemai Kasih Rakyat (Mekar) programme, aimed at helping individuals such as the disabled, elderly and those living in interior areas, as well as those who are unable to go to the NRD offices to obtain personal identity documents.

According to him, the NRD had carried out 4,116 Mekar programmes from 2017 until 2021, with 104,517 applications received covering the obtaining of birth certificates, identity cards and death certificates.

1.Finland’s energetic push to be carbon neutral by 2035

2.Death in custody cases must be probed by independent panel: Experts

5.US hits Iran with new sanctions for human rights abuses