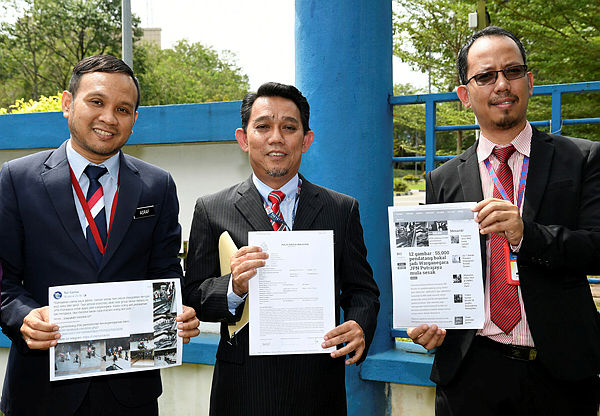 PUTRAJAYA: The National Registration Department (NRD) today lodged a police report over the viral pictures of foreigners flocking to its headquarters here allegedly to apply for citizenship.

NRD deputy director-general (Operations) Jasri Kasim said the report was made to enable the blog and Facebook account owners to be investigated for making allegations that could shake public order and national harmony.

“The allegation is absolutely not true, and the viral pictures show the normal queues of members of the public waiting for their turns at the NRD headquarters,” he told reporters after lodging the report at Putrajaya Police headquarters here today.

In fact, he said the pictures that had gone viral were of a group of people who came to the Putrajaya NRD headquarters on July 19 and were assisted by the Selangor government’s special unit, MySel.

He said they were civilians from Pulau Ketam who wanted to complete various transactions, including identity card application and birth registration, and not just citizenship application.

Jasri also emphasised that the application for citizenship would only be granted to qualified candidates.

He said the NRD would also lodge a report to the Malaysian Communications and Multimedia Commission over the issue. — Bernama