NRD receives 33,244 applications for late birth registration as of February 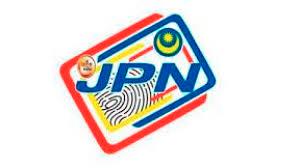 RANTAU PANJANG: The National Registration Department (NRD) has received 33,244 applications for late registration of birth (DLSK) from 2018 until last month.

‘’It is the duty of parents to register their children born in Malaysia.

‘’A total of 1,667 DLSK applications were received in Kelantan since 2018 until last year. The late registration was due to marriages abroad which were not registered in Malaysia, divorces, parents’ negligence and also involved illegitimate children,’’ he told reporters after attending the ‘Menyemai Kasih Rakyat’ (Mekar) programme in Kampung Petai Dusun, Baroh Pial here today.

‘’Those with financial problems can contact NRD and we will send a team or panel which will go down to the ground every three or four months.

‘’Community heads such as village chief and imam can play a role by referring such cases to us,’’ he said.- Bernama 1.US stocks fall after economic data adds to rate worries