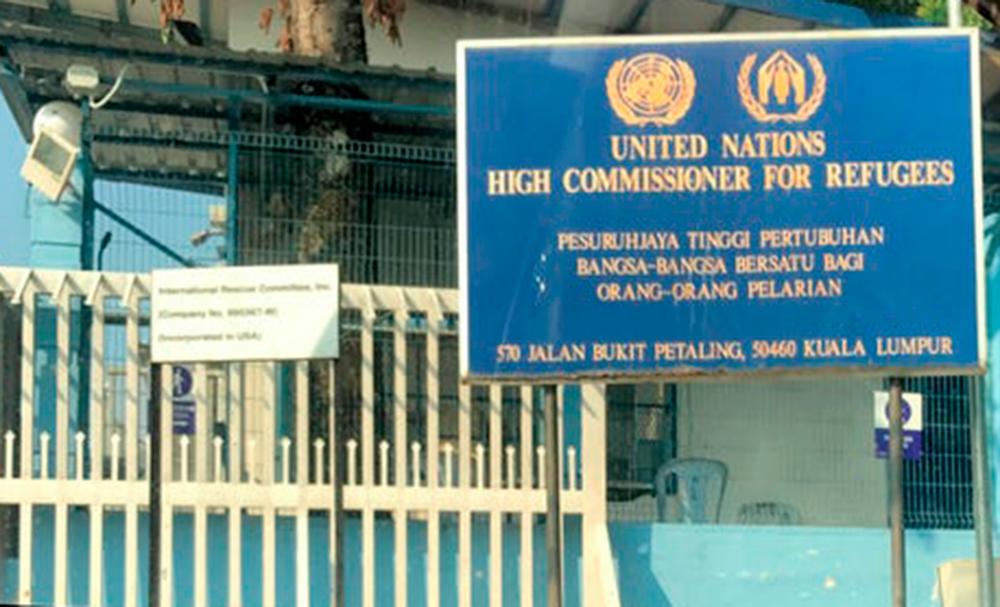 PETALING JAYA: National Security Council (NSC) director-general Datuk Rodzi Md Saad said media reports that he is “mulling” a shutdown of the UN High Commission for Refugees (UNHCR) office in Malaysia are inaccurate as such a decision does not lie with him.

However, he told theSun: “It is true the NSC is unhappy with its (UNHCR) performance in the country as far as the placement of refugees and asylum-seekers in recipient countries is concerned.

“Even if the UNHCR’s office is shut down sometime in the future, there will be a process for this and a specific timeline for it to move out of the country.

“Furthermore, the federal government must be the one making such a decision, which will surely involve the relevant ministries. This will be preceded by a proper study.”

He said UNHCR needs to show its seriousness in the placement of refugees and asylum-seekers as their long-term presence in Malaysia is not good for the country or them, as they are merely in limbo without any proper documents or a future in sight.

“This is quite inhumane. How long are they expected to be neither here nor there?”

Rodzi was responding to queries by theSun related to a recent statement attributed to him, where he is alleged to have said such a move (closing the UNHCR office) would enable local authorities to manage the migrants, as it was a national security issue for the country.

Migrant Care coordinator Alex Ong agreed that a holistic policy to address migrant issues with a sense of humanity is critical.

He stressed that continuous efforts to frighten those who have already been through the trauma of fleeing their native lands for various reasons, including persecution, are futile.

Ong said Malaysia had a long history as a transit country for migrants, which includes the long-standing issue that it is not a party to the 1951 Convention Relating to the Status of Refugees or its 1967 Protocol.

“Historically, Malaysia’s history as a transit country is deeply rooted,” he said, adding that UNHCR is present in the country to manage asylum-seekers and refugees, including the challenges they face, since their existence is not readily accepted here.

He questioned Rodzi’s statement, while appealing to the government to study its capability to manage some 5.5 million migrant workers in Malaysia.

“Is the government capable of managing irregular migrants, refugees, asylum-seekers and migrants if the UNHCR exits? Are they a threat to national security, and if so, what precisely is this threat?

“It must be understood that there is a lack of coordination (between agencies) in transiting them to third countries,” he said, adding that it is incumbent on the authorities to look into integrating them as part of Malaysian society and providing access to education, considering that they have vast potential to contribute positively to economic development, especially now that we are short of workers.”

“For several years now, through the government-initiated Joint Task Force, co-chaired by the Foreign Ministry and UNHCR, we’ve been in close discussions on a framework of cooperation on managing refugees in the country,” its associate communications officer Yante Ismail told theSun.

Though refugee protection is the state’s primary responsibility and is supported by the international community, in Malaysia, the absence of a national framework makes it difficult for them to seek protection, status determination and resettlement, she said.

The UNHCR also applauded the government’s leadership role in Asean to address the root causes of displacement, it being a “positive step” and its commitment to the Global Compact on Refugees principles.

The Coalition of Malaysian NGOs in the UPR Process (Comango) had earlier reminded Rodzi that in the absence of any national legal framework, the UNHCR is mandated to safeguard the rights and well-being of refugees and asylum-seekers worldwide.

Rodzi said media reports that he is “mulling” a shutdown of the UNHCR office in Malaysia are inaccurate.