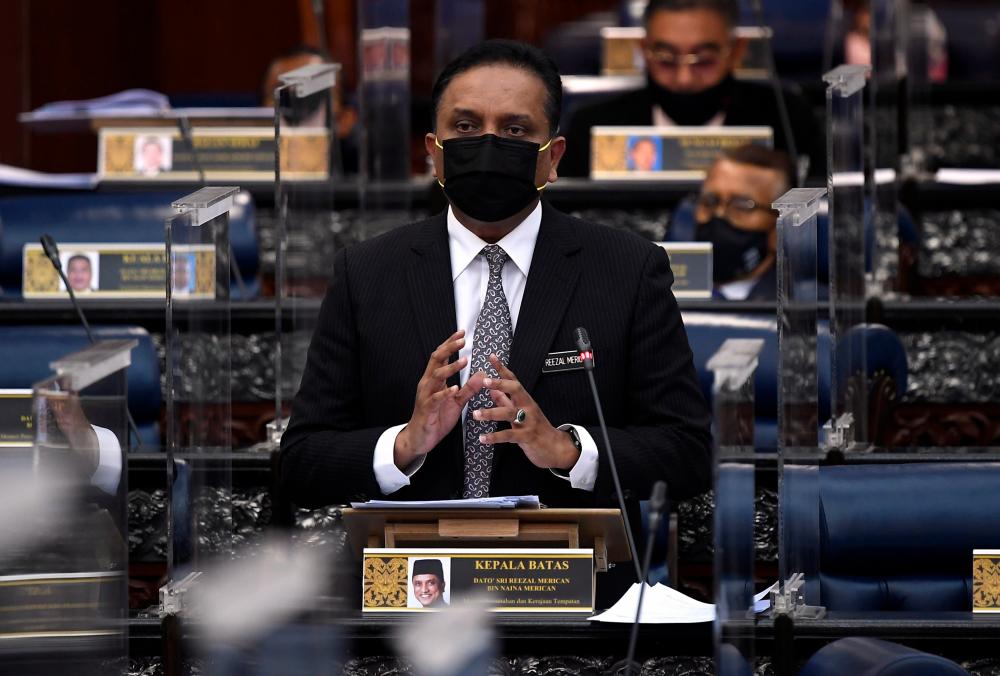 PUTRAJAYA: The Housing and Local Government Ministry has clarified that the number of abandoned housing projects provided by its Minister Datuk Seri Reezal Merican Naina Merican (pix) in Parliament matches with the number in the Department of National Housing’s record, which is 79 projects.

KPKT in a statement today said the figure involved projects that had been confirmed as abandoned private housing projects.

On Oct 22, a news portal claimed that the figure for abandoned housing projects provided by Reezal Merican in Parliament did not tally with the figure listed on the ministry’s website.

The report said Reezal Merican’s reply in Parliament noted that there were 79 abandoned private housing projects as of Sept 30 this year, involving over 17,000 units and 11,000 buyers, as opposed to 198 projects stated on KPKT’s website.

According to KPKT, four documents have been uploaded on the website under the heading ‘Abandoned Housing Projects’ namely;

I. Blacklist of Developers of Abandoned Private Housing Projects

KPKT said the 79 projects mentioned by Reezal Merican had been divided into categories as in list II, III and IV and they were uncompleted projects as of August 31 this year.

It said the statement issued by the National House Buyers Association (HBA) quoted in the news portal’s report regarding 198 abandoned housing projects referred to list I of 198 blacklisted developers of private housing projects.

“The list of developers involved in abandoned projects will remain on this blacklist for public information purposes,“ it added.

The ministry said the confusion was clarified in the Private Housing Project Committee meeting on Oct 5 which was also attended by HBA representatives, adding that the ministry is currently working to improve the information display on the website to avoid more confusion.-Bernama