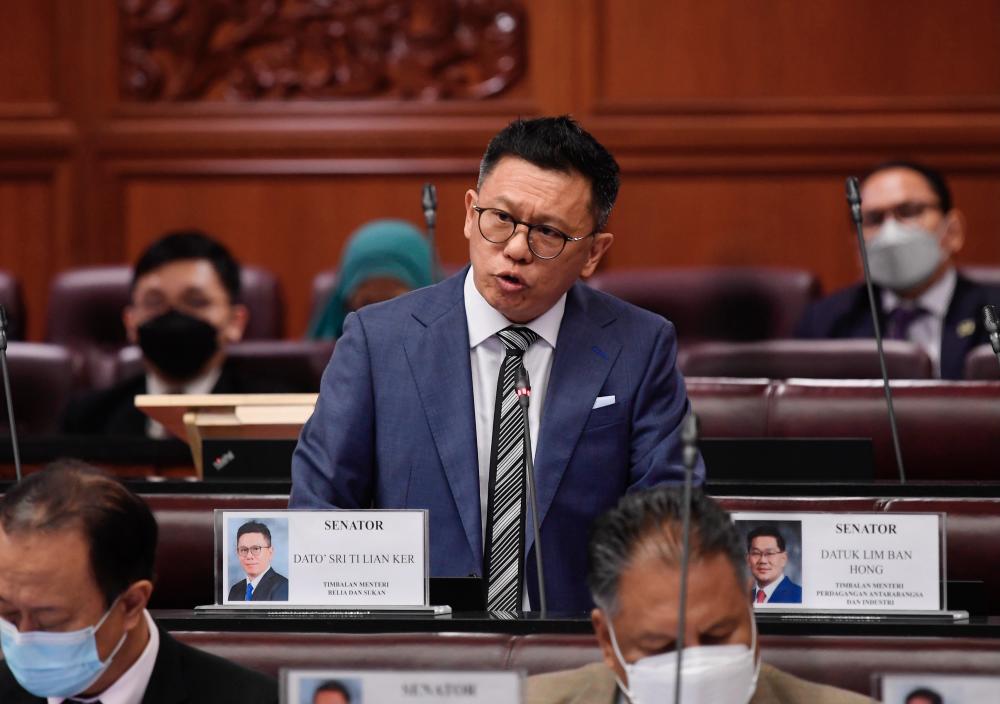 He said based on information from the Malaysian Department of Insolvency (MDI), there were 10,137 bankrupt youths in 2020 until June 2022.

He said the decrease in bankruptcy cases could be seen in youths under the age of 25 where in 2020, a total of 21 youths were found experiencing bankruptcy and the number dropped to 20 in 2021, and only six this year up up to June.

Ti said this during a question-and-answer session in the Dewan Negara today to a question from Senator Aziz Ariffin on the number of youths declared bankrupt in 2020 until now and the main reason for it (bankruptcy).

He said this was mainly due to personal loans, involving 1,486 people or 47 per cent of the 3,165 total cases, followed by 249 cases due to car instalments and 654 cases involving business loans.

Therefore, Ti said the government has taken several steps to bring down the rate of youth bankruptcy through the individuals’ own awareness of the risk or impact of the bankruptcy order through the educational and prudence learning approach.

“To help bring down the rate of bankruptcy, MID will continue to implement several programmes with the community such as the ‘Malaysian Department of Insolvency Prihatin’ programme to create awareness about bankruptcy issues,” he added.

He added that based on the labour force data from the Department of Statistics, the unemployment rate of youths aged 15 to 30 in 2021 was 8.5 per cent involving 533,800 individuals. – Bernama