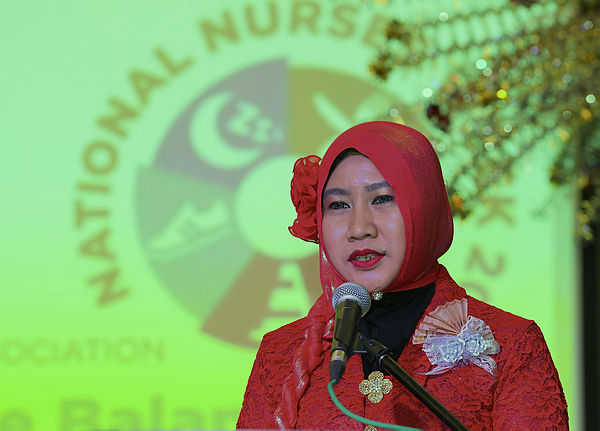 PETALING JAYA: Nurses are learning soft skills such as communication to help them deal with patients, according to University Malaya Specialist Centre (UMSC) director of nursing Zurainawaty A. Rahman.

She said with such skills nurses will be able to put patients who tend to be worried at ease.

“Those who are admitted have their routines disrupted and are worried. We must know how to deal with them.

“Nurses are on the front line and they bear the brunt of the unhappiness of patients,“ she said during the Nurses Day celebration today.

She cited as an example bland food which the nurses get blamed for because they are in constant contact with the patients.

Zurainawaty said when patients are unhappy, they (nurses) have to deal with their complaints.

She said patients may continuously demand to see a doctor and blame the nurse if the doctor is late. But once the doctor appears these patients change their tone.

“But we also have patients who are thankful for the nursing care they received.

“A simple thank you goes a long way,“ Zurainawaty said.

She said the nurses also get help from doctors when dealing with difficult patients.

She said once the doctor has explained everything to the patient, they tend to calm down and stop blaming the nurses.

Zurainawaty said USMC decided to hold the Nurses Day early, as the usual day is May 12, due to the fasting month.