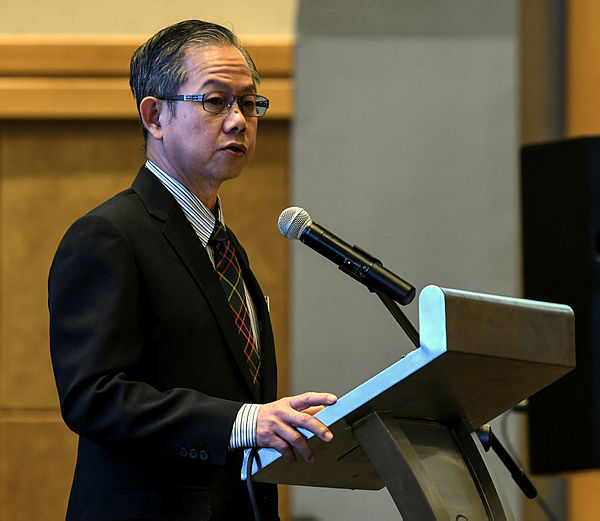 He said the lifetime risk of a Malaysian man and woman getting cancer are one in 10 and one in nine, respectively.

Obesity is second behind smoking in its association with cancer and Malaysia is the “most obese” country (in Southeast Asia) with the prevalence of obesity at 17.7 % and being overweight at 30%.

“Tackling obesity as the root cause of cancer would also reduce the incidence of other non-communicable diseases such as hypertension, diabetes and cardiovascular diseases,“ he said after the launch of the World Cancer Day 2019, here.

Dr Lee said obesity is associated with as many as 13 types of cancer, including breast, colorectal, uterine, kidney, head and neck, esophageal, pancreatic, endometrium, prostate, gall bladder and thyroid.

He said that according to data from the National Cancer Institute, an obese individual two to four times the risk of getting endometrial and esophageal cancers.

“A person with a body mass index (BMI) above 30 is also at risk of two times higher of getting gastric cardia, liver and kidney cancer compared to normal people,“ he said.

Dr Lee said the government was looking at some measures to reduce the cost of cancer drugs.

He said discussions had been carried out within the ministries to tackle the issue of the high cost of cancer drugs.

“We have discussed the matter with the education and defence ministries as these ministries provide hospital services, and we are looking at purchasing the cancer drugs in bulk orders to reduce the cost,“ he added. — Bernama