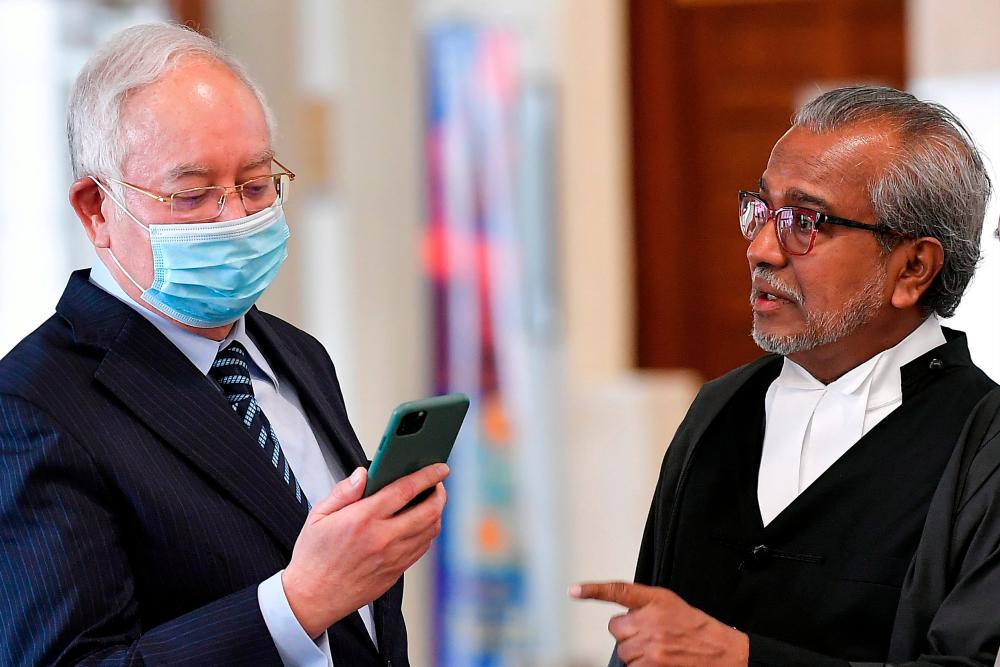 KUALA LUMPUR: Datuk Seri Najib Abdul Razak’s review application to reverse his conviction and sentence for the misappropriation of RM42 million in SRC International Sdn Bhd (SRC) funds has been fixed for case management at the Federal Court on Oct 21.

At the outset, the judge asked Muhammad Shafee whether he would be conducting Najib’s review application since the law firm, Messrs Shafee & Co, has previously been discharged from representing Najib in his final appeal in the RM42 million SRC case, and the lawyer replied in the affirmative.

“You should have never left,” Judge Mohamed Zaini responded to the laughter of the courtroom.

On July 26, Najib discharged with immediate effect Messrs Shafee & Co from representing him in his final appeal against his conviction and sentence for the RM42 million SRC case and appointed Zaid Ibrahim Suflan TH Liew & Partners (ZIST) as his new legal representative.

On Aug 23, the Federal Court upheld the High Court’s decision to convict Najib to 12 years’ jail and fine of RM210 million in the RM42 million SRC case.

Najib through Messrs Shafee & Co had on Sept 6, filed an application for a review against the Federal Court’s ruling.

Najib, 69, is currently serving his sentence at the Kajang Prison. - Bernama