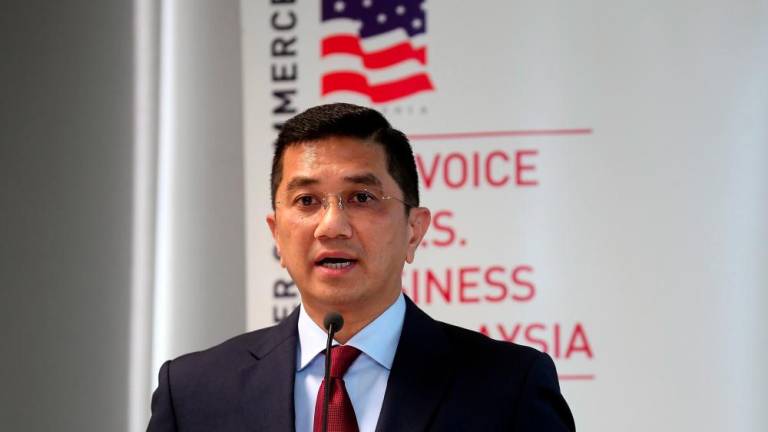 KUALA LUMPUR: The payment of oil royalty to Kelantan and Pahang involving 10 producing fields will only be made after the maritime boundaries of the two states have been established in accordance with the existing legislation.

Economic Affairs Minister Datuk Seri Mohamed Azmin Ali (pix) said this was because there had never been maritime boundaries established between the states in Malaysia.

“Therefore, royalty payment from these 10 producing fields are not paid to any state until the maritime boundaries are established subject to existing legislation.

“As long as the maritime boundaries issue is not resolved, it will prolong. Let’s resolve this now. When it commences then we will know which field belongs to which state,” he said when winding up the debate on the Supply Bill 2020 for his ministry at the Dewan Rakyat yesterday.

Azmin said of the 12 oil and gas fields in the east coast waters, only two, namely, Bumi South and Suriya Selatan, were clearly located within three nautical miles off the coast of Kelantan.

He explained that Petronas cash payments for 10 oil and gas fields located outside the three nautical miles of all the states involved, worth nearly RM2.1 billion, were channelled to the unallocated receipts account (ATTD) from 2013 to 2019.

He said the decision was made by the previous Barisan Nasional government.

“The PH government will not put this money as an ATTD, instead, it will be considered as cash payment, to be paid to Kelantan and Pahang once the maritime boundaries are established between Kelantan and Terengganu as well as between Pahang and Terengganu,” he said.

Giving his assurance that Petronas would not ignore the spirit of the Petroleum Development Act 1974 (PDA 1974), he said the payment would be made starting next year after the completion of the maritime boundaries exercise.

According to Section 3 (2) of the Petroleum Development Act 1974, Azmin said Prime Minister Tun Dr Mahathir Mohamad could issue instructions from time to time as he thought fit.

“In this context, the Prime Minister has agreed that cash payments to the state governments will be paid directly by Petronas from 2020 similar to what Petronas has done for the Sabah and Sarawak governments.

“The prime minister has been informed of the payment for June 2018 up to 2019, although it has been included in the ATTD, but once it is decided, we will pay the states in arrears from June 2018 onwards,” he said.

Meanwhile, Azmin said Petronas made cash payment of RM387.7 million to the Ministry of Finance (MoF) from 2009 to August 2019, from the production of two oil fields in Kelantan waters, namely, Bumi South and Suriya Selatan.

“For payment in August, a sum of RM16.79 million was paid by Petronas to the MoF and the MoF had transferred 505 of the amount to the Kelantan state government while another 505 was channelled to the Kelantan Islamic Religious Council and Malay Customs Council (Maik),” he said. — Bernama