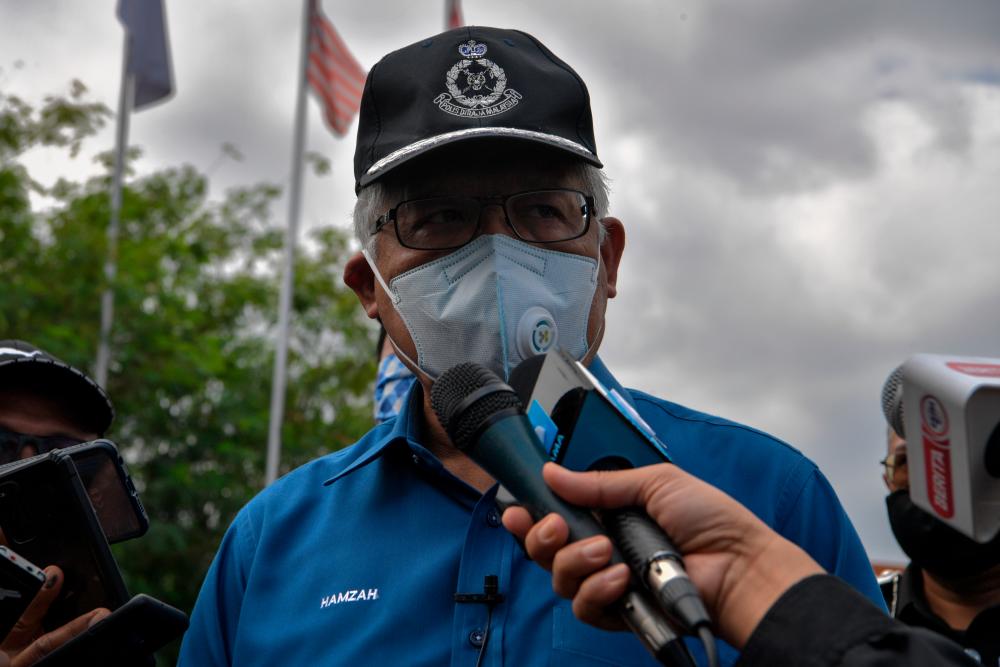 Home Minister Datuk Seri Hamzah Zainudin (pix) said the SOP was tightened in accordance with the agreement of the National Security Council (MKN) to ensure that every individual who entered the country did not carry the dangerous virus.

“We do not know who may have the virus and therefore, the Ministry of Health (MOH) conducts tests on people who enter the country,“ he said at a press conference after attending the Mahabbah Rasulullah ceremony in conjunction with Maulidur Rasul at Selama District Council Hall in Sungai Bayor near here, today.

He said foreign workers who enter the country are not exempted from the rules including ensuring they are vaccinated first and undergo testing and quarantine within the stipulated period before being allowed to work in plantations and other sectors.

“All employers should also accept this fact ... which is important to protect the people’s health. The government is careful and follows all the stipulated SOPs for the admission of employees and tightens the SOPs agreed by the NSC,” he said.

It was reported that Malaysia recorded the first positive case of the Covid-19 Omicron variant, involving a student from South Africa at a private university in Ipoh.

Asked about the cartel issue at the Immigration Department, Hamzah said his department had asked the Immigration director-general to take action against staff found to be involved in the syndicate.

“I already knew that this cartel is a group that works with syndicates. Syndicates will not be able to do their jobs without having insiders in the Immigration Department.

“Some of the department staff, whether officers or ordinary employees, will face action and some have been charged in court,“ he said.

Last Wednesday, the Home Ministry (KDN) revealed that it had received a report regarding the existence of cartel activities in the Immigration Department involving officers at various levels. The cartel’s involvement is not only related to departmental promotion matters, but is also said to use immigration officers for their own ends.