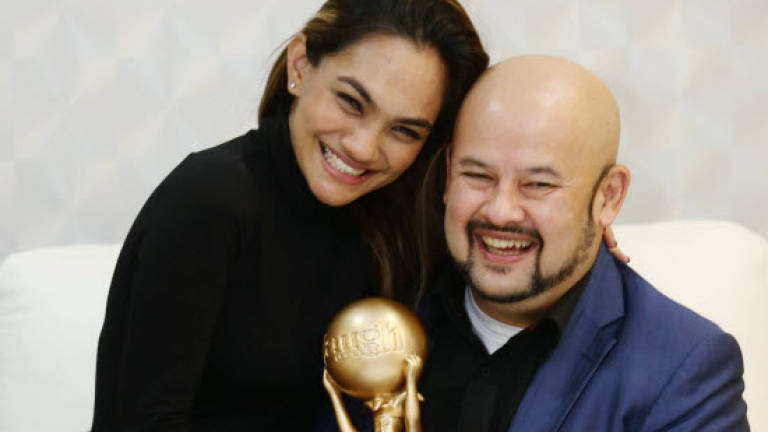 PETALING JAYA: Rekindling ties with family and going back to old routines are among people’s many desires as they ride out the movement control order (MCO).

For everyone, it has been a difficult time, and this is their way to relieve themselves of the stress of having their movements restricted, worries about job security and the lack of human interaction.

Singer-songwriter and actress Daiyan Trisha is looking forward to reconnect with her family and close friends back home in Bangi.

“I honestly don’t know what to do first when the MCO is finally lifted. I would like to see my family but I also want to hang out with my close friends,” she told theSun yesterday.

She admitted that she has been traumatised by the rapid spread of the Covid-19 infections and would still be afraid to go out even after the MCO is lifted.

“Even touching another person scares me now. I need time to get comfortable being outside (my house),” she said.

Actor and comedian Harith Iskander longs for the simple meals with members of his family.

“The MCO has changed the way we communicate. We use video calls instead of sitting together to talk. Now, I just want to see my in-laws and have a simple meal with them,” he said.

Harith’s wife Dr Jezamine Lim said she had asked her parents, who live in Klang, to go into self-isolation even before the MCO was enforced.

Fitness model, motivator and coach Nana Al Haleq has her furry friend to pamper once everything gets back to normal.

“I want to take my cat for a grooming session,” she said.

“Of course, I also want to visit my family and have dinner with them, and also to catch up with friends and loved ones for movies or over a cup of coffee, outside,” she said.

Izza Arsyika Abdul Rahim, a medical officer at Selayang Hospital, misses getting back into an active lifestyle, considering she is an outdoor person.

Despite her hectic schedule at the hospital, she looks forward to being able to indulge in her sports routine again.

“It’s all about gaining control of our lives again and rediscovering freedom that was previously taken for granted.”

Such desires after a prolonged period of isolation are to be expected, according to dean of the Faculty of Behavioural Science, Education and Languages at HELP University, Dr Gerald Louis.

“Living in a virtual world will not replace the warm embrace of face-to-face interactions with others.”

He said an “unnatural” situation such as the MCO, which had to be enforced to curb the Covid-19 outbreak, would have a psychological impact on people.

“At the end of the day, we are all social beings. We want to connect emotionally with people, especially with our families, people who are significant in our lives and our close friends,” he said.

“The most difficult part is the lack of face-to-face social interaction. Interacting online cannot replace the richness of being in the company of another person.”

“This will be the first thing people want to do. They will not want to go for or a holiday yet for fear that the virus could still pose a threat in other countries,” he added.

“The first thing we want to do is to get some sense of normalcy and a sense of control.”

On the other hand, Gerald said, the new normal would be a big factor in how people make decisions.

“They will want to feel safe while interacting with others,” he added.