Only those with ministries, agencies approval letters allowed through roadblocks 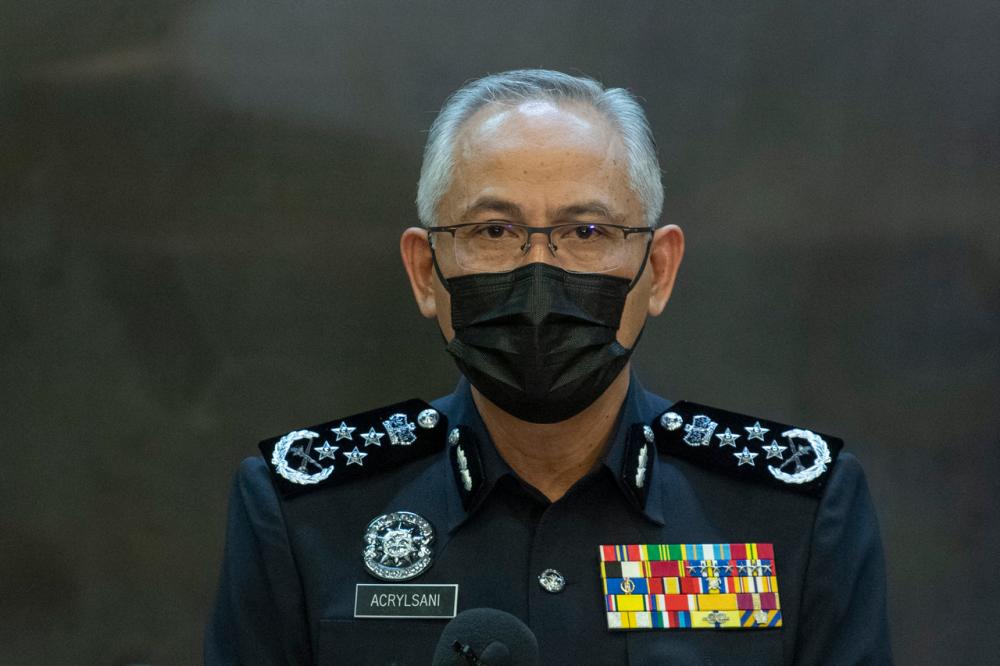 KUALA LUMPUR: Beginning Tuesday, the police will only accept approval letters issued by six ministries and certain agencies in allowing workers to pass through roadblocks.

Inspector-General of Police Datuk Seri Acryl Sani Abdullah Sani (pix) said the letters serve as proof to allow the workers to travel to and from their workplace.

“The public is reminded to submit the documents issued by the ministries or agencies that have been listed, when going through the roadblocks and those who fail to do so or found using a fake letter will be subject to stern action under the Prevention and Control of Infectious Diseases Act 1988 (Act 342),“ he said in a statement last night.

He said the ministries involved were the Ministry of International Trade and Industry (Miti) for manufacturing and related services sector and the Ministry of Transport Malaysia (MOT) for the public transport and essential goods sector.

He said for the agricultural, fisheries, livestock, plantation and commodity sector, the Ministry of Agriculture and Food Industry (Mafi) will only issue approval letters to smallholders while those with Companies Commission of Malaysia (SSM) licences, the letters will be issued by Miti .

“For the Malaysian Rubber Board (LGM) licence holders such as smallholders, estates, nurseries, rubber traders and rubber manufacturers, they are allowed to use the approval letter from the Plantation Industries and Commodities Ministry or LGM, while for manufacturers of rubber products, their letters will be issued by Miti.

“All approval letters issued by agencies under the Home Ministry such as the Immigration Department, National Registration Department and Rela will be accepted for movement,” he said.

He added that the approval letters issued by the Communications and Multimedia Ministry would be accepted for the telecommunications, media, post, courier and broadcast services sector.

Acryl Sani said for financial institutions, insurance and stock trading, the approval letters would be issued by Bank Negara Malaysia and Securities Commission.

The local authorities would issue the letters for petty traders, hawkers and food truck operators while the issuance of business licence for strata, solid waste and sanitation management would be under the purview of Miti.

“The approval documents need to be dated June 1, 2021 and those without any legal documents or possessing expired or outdated (before June 1, 2021) letters will be ordered to turn back.

“The police will also issue travel permits to those who qualify under the regulations for interstate and inter-district travel, including for emergencies, self-employment and funeral arrangements,” he added.

Acryl Sani said for self-employed individuals like plumbers, maintenance workers and traders, one-off travel permits must be obtained from the police for the duration from June 1 until June 14.

He added that the police will approve one-off applications for two to three days for workers in sectors that are not allowed to operate, but who need to go to their workplace for specific reasons, including for the preparation of documents, invoices and salary payments but they are required to prepare an approval letter from their employers as proof.

He explained that for operations of legal firms with 20 per cent workforce, letters will be issued by the Prime Minister’s Department’s Legal Affairs Division through Miti and legal practitioners who need to attend court to represent their clients in new cases (Section 117 of the Criminal Procedure Code) would need to produce printed documents or the legal firm’s letter at the roadblock. -Bernama