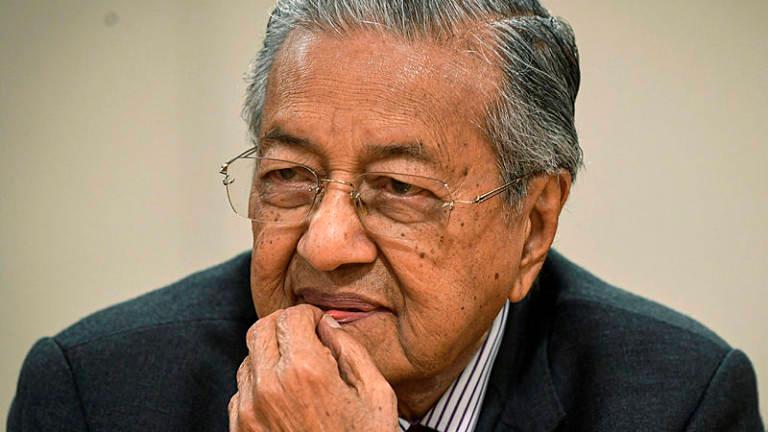 PETALING JAYA: Former premier Tun Dr Mahathir Mohamad(pix) told the Dewan Rakyat today that the five-day sitting will not address the root problems faced by Malaysians as the usual debates are not allowed.

Today marks the first day of the sitting ever since it was held in December last year as Parliament has been suspended due to the nationwide Emergency which was proclaimed from Jan 11 till Aug 1.

The first session this morning kicked off with some MPs from Pakatan Harapan delivering their briefings.

Things soon turned heated after the opposition questioned why the parliament format today did not include the traditional debates.

“This is not a parliamentary session as what has been demanded by the Yang di-Pertuan Agong,“ Mahathir (Pejuang-Langkawi) said.

“The plans laid out here today are for the ministers to read but we can read them ourselves. What we need is the proper debates,“ he said.

However, Dewan Rakyat Speaker Datuk Azhar Azizan Harun reiterated that this parliament session is considered as a special meeting.

“This special meetings is a prerogative of Prime Minister Tan Sri Muhyiddin Yassin and it is at the discretion of the government of the day which controls the business of both Houses of Parliament,“ he said.

But Azhar had said earlier that he will allow all questions, proposals and discussions.

Previously, it was reported that the Dewan Rakyat Deputy Speaker Datuk Mohd Rashid Hasnon and Perikatan Nasional Backbenchers Club chairman Datuk Seri Shahidan Kassim had clarified that there would be no debates as there are no motions in this meeting.

Rashid suggested that asking questions or raising suggestions during the sittings could also be considered debates and that MPs should only ask about Covid-19 matters to ministers and deputy ministers.

Agreeing with Mahathir, PKR president Datuk Seri Anwar Ibrahim pleaded to have a debate session to discuss the pertinent issues.

“The Agong has already demanded specifically that the parliament session must be held promptly and that debates must also be allowed,“ Anwar (PKR-Port Dickson) said.