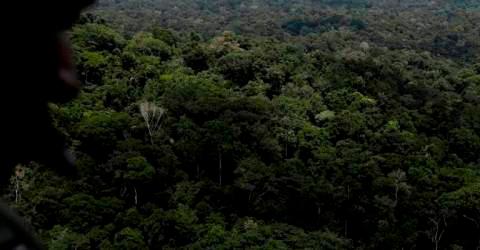 BANTING: A key reason cited by the Selangor government to justify its proposal to degazette a valuable forest tract in Kuala Langat district is the frequent occurrence of fires which, it claimed, has already degraded 40 percent of the forest.

Samsul Anak Senin, an Orang Asli from the Temuan ethnic group who lives in a village on the fringes of the Kuala Langat North Forest Reserve (KLNFR), said it is hard to believe that the forest has diminished in value.

“For our community here, this forest has been the pulse of our livelihoods for hundreds of years. In fact, the quality of this 8,000-year-old forest has been well-preserved,” declared Samsul, who is the chairman of the Kampung Orang Asli Busut Baru’s community management council.

He told Bernama the Temuan community, who live in four villages located in the southwest of KLNFR, has been wondering why the state government labelled the forest as “degraded” when they could still forage for forest products with ease, either for their own consumption or as a source of income.

“In this forest (KLNFR), within less than half an hour, we are able to collect a variety of products... we can prove that this forest still has an abundance of natural treasures,” he added.

Samsul and his fellow villagers are worried about their fate if the Selangor government’s proposal to degazette a large chunk of KLNFR materialises.

“We will lose our livelihoods... not only that, we also risk losing our culture, handicrafts, identity and heritage,” he said, adding that all the raw materials needed to make their traditional musical instruments and blowpipes are procured from the nearby forest.

KLNFR, which is located in Mukim Tanjung 12 in Kuala Langat district, Selangor, came under scrutiny when the Selangor Forestry Department issued a notice in February last year to secure public views on a proposal to degazette the forest reserve for development purposes. So far, no decision has been made on the proposal.

KLNFR – mainly comprising peat swamps that serve as a valuable carbon sink – used to spread over 7,246.96 hectares of land. Today, only 957.63 hectares are left, out of which the state government hopes to degazette 931.17 hectares as per its proposal.

There are about 2,000 Temuan Orang Asli residing in four settlements on the fringes of KLNFR. Gifted to them by the fourth Sultan of Selangor Sultan Abdul Samad Ibni Almarhum Raja Abdullah, the villages are Kampung Orang Asli Busut Baru, Pulau Kempas, Bukit Cheeding and Bukit Kemandol, located about 21 kilometres from Banting town.

As a justification for its proposal to degazette KLNFR, the state government has said that 40 percent of it no longer possessed virgin vegetation due to the incidence of fires.

It said in a statement that 60 percent of KLNFR still comprised virgin jungle and that the 40 percent affected by burning can be replanted and rehabilitated by local communities with the help of the relevant government agencies and NGOs.

As a matter of fact, Friends of Kuala Langat North Peat Forest – an organisation comprising the Orang Asli living near the forest reserve – has been cooperating with the Selangor Forestry Department and other organisations to carry out restoration activities in the affected parts since 2014.

According to PKLNFR, they have planted more than 10,000 trees and assisted in regenerating the natural vegetation. So far, 300 hectares of forest previously impacted by burning have either been replanted or regenerated naturally.

Recently, a team two reporters and two photographers from Bernama had the opportunity to visit a section of KLNFR located just 10 metres from Kampung Orang Asli Busut Baru. Accompanying them were Samsul and several other Orang Asli villagers, as well as Peka Malaysia executive committee member Damien Thanam Divean.

It was just a 3.5 kilometre trek into the forest but it took the group nearly two hours to complete it because Shamsul, who acted as their guide, made frequent stops to enthusiastically point out the different types of trees and herbs found growing luxuriantly over there.

The herbs include daun siang malam which is said to have body strengthening properties and tongkat Ali (said to be an energy booster for men).

According to Samsul, the forest is also endowed with meranti bunga (Shorea teysmanniana) and meranti bakau (Shorea uliginosa), both being trees that are respectively listed as critically endangered and endangered in “Malaysia Plant Red List: Peninsular Malaysian Dipterocarpaceae”, which was published in 2010 by the Forest Research Institute Malaysia and the Ministry of Natural Resources and Environment Malaysia.

“The meranti tree is important to the Temuan people. We use its wood to build our traditional houses and we use its resin for our ancestral religious rituals. That’s why the forest is so significant for us because it is part of our identity and our beliefs,” said Samsul.

KLNFR, which is classified as a Level One Environmentally Sensitive Area, is not only rich in flora species but is also home to threatened fauna species such as the sun bear, panther, clouded leopard, blue-tailed bee eater bird, hedgehog and brown marsh frog.

Two other fauna species that are endemic to Selangor forest habitats are the Selangor pygmy flying squirrel and Langat red fighting fish.

According to the International Union for Conservation of Nature, the last time researchers attempted to carry out a study to determine the population and habitats of the flying squirrel was in August 2016 when they received insufficient data due to the difficulty in tracking down the species.

“Kampung Busut Baru, where I come from, is the village located closest to the forest, so my fellow villagers and I often get to see panthers and flying squirrels when we go out at night. The squirrels are usually visible on the trees after 7 pm,” Samsul related.

He said wild fighting fish species can also be found in abundance in the ditches around KLNFR.

Pointing to the importance of preserving the forest reserve’s fauna for future generations, Samsul said the wildlife also assist in the dispersal of seeds which help to regenerate vegetation in the areas affected by burning.

Asked if their community was against development, Samsul and other villagers interviewed replied that while they are not against modernisation, they want their rights to be protected.

They said the degazetting of KLNFR will take away their right to use the forest as stipulated in the Forest Reserve Gazette Notification 1927.

Samsul said the Orang Asli residents of Kampung Busut Baru were actually evicted from their original settlement at Kampung Busut Lama in Sepang in 1993 to make way for the Kuala Lumpur International Airport project.

“We made a huge sacrifice for the sake of development,” he said.

But Samsul is praying hard his community would not have to move out in the event KLNFR is degazetted.

“We were traumatised by the first eviction. When we first came here, there was no electricity and water supply, which we also got after five years. There was also no school, which disrupted our children’s schooling,” he said.

In urging the state government to retain KLNFR’s forest reserve status, the Temuan villagers here are not only rooting for the perpetuation of their culture and way of life but also the last vestiges of greenery in the southern part of Selangor endowed with a stable peat swamp forest ecosystem. -Bernama