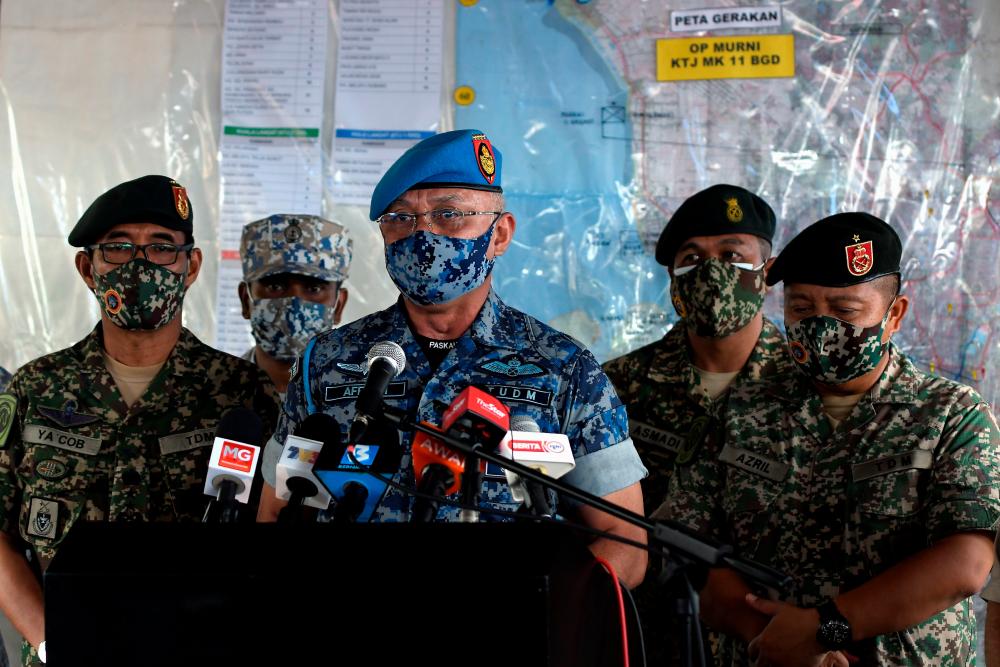 “The instruction to get ready came from the top two months ago, so when the water starting rising, I did not wait, if I get my people and assets there, I will save the people first, what is there to wait,” he said in a media conference on Ops Banjir in Taman Sri Muda here today.

He was replying to allegations that MAF went down to assist flood victims without the approval of the National Disaster Management Agency (NADMA) and said MAF was prepared to be involved in flood operations in any flooded area.

Admitting the disaster situation was rather haphazard initially, Affendi said the matter happened in a disaster at anywhere.

“Even in the United States, when the typhoon occurred, they also faced the same problems but it does not mean becoming a full stop, we have to improve from here.

“Of course on the first day, the situation was chaotic but if everybody put the effort together and do their work, we can resolve it and less people will suffer,” he said and added that in time of any emergency like this all parties have to cooperate.

Affendi said in time of a disaster, there is no one correct system to cater to all types of disasters and the only thing is everybody work together and solve it and at the start it appeared disorderly but along the way everything will be solved.

He said MAF is prepared to face the monsoon season which will usually cause floods in Kelantan, Terengganu, Pahang and Johor.

“I wish to remind that for the floods, I think we have to be prepared, the worst is not over. The monsoon is not here yet, it has not reached Kelantan, Terengganu, Pahang and Johor which are the traditional areas...So our men are all there to make sure that if anything happens they will be in place,” he said. — Bernama