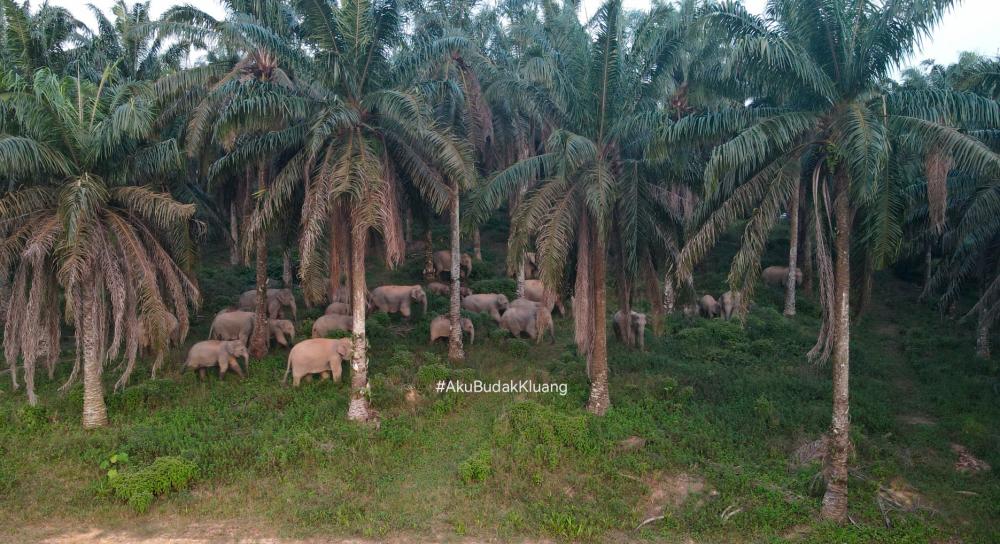 JOHOR BAHRU: The Department of Wildlife and National Parks (Perhilitan) has confirmed that more than 10 wild elephants have been spotted roaming around Taman Seri Impian, Kluang, recently.

Perhilitan Johor director Aminuddin Jamin said they had however taken immediate action by driving the herd back to its original habitat.

He said continuous monitoring was also carried out following complaints from members of the public regarding the mammals seen roaming the residential area, last Sunday.

“We took control measures because the herd of elephants was large and when the investigation was carried out, we found that next to the residential area there was a field that was in the process of replanting in the early stages where the old trees were in the process of chipping which could have lured the elephants,” he said when contacted by Bernama today.

Elaborating, Aminuddin said the elephants could pose danger as they often appear at the location of a night market site in the nearby area.

“Usually at the night market site (there are a few) traders who throw away leftover food or even fruits and elephants will go there because there is a source of food.

“After that, the herd of elephants is believed to have returned to Gunung Lambak which is a roaming area,“ he said.

He reminded the public not to do any provocation if they come across the herd.

“Any complaints and information about wildlife can be channelled to Perhilitan via the hotline 1-800-88-5151 or administrator@wildlife.gov.my or go to the nearest Perhilitan office,“ he said.

Earlier, photos and a one-minute video went viral on social media showing the presence of elephants believed to be looking for food sources in the residential area of ​​Taman Seri Impian, Kluang. - Bernama