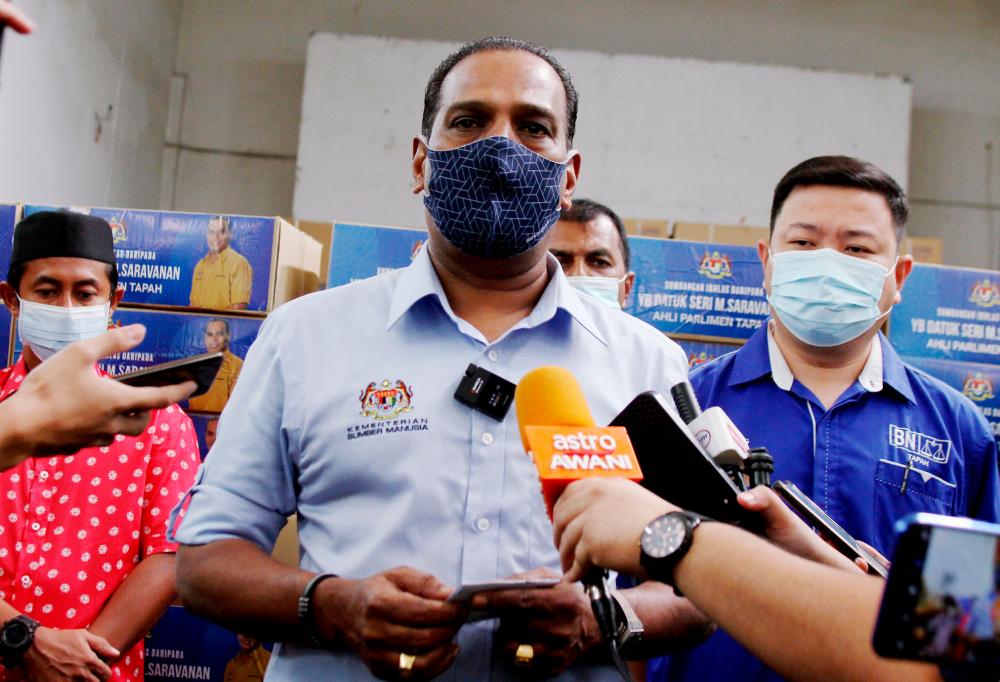 TAPAH: The Human Resource Ministry has received over 5,000 complaints through the Working For Workers (WFW) application on various labour issues, especially not allowing employees to work from home (WFH).

Its Minister Datuk Seri M. Saravanan said although warnings had been issued to errant employers the complaints are still coming in, adding that the ministry was acting on the complaints.

“I often receive complaints of employers taking the opportunity to instruct employees to continue working even though Standard Operating Procedures (SOP) have been set for companies that are allowed to operate.

“The ministry will soon issue a work from home policy,“ he told a press conference after a food basket distribution programme at Mahatma Gandhi Hall here today.

He said most of the complaints were on employees being forced to come in to work and as at yesterday 5,177 complaints have been received nationwide since the application was introduced on May 3.

He said it was not necessary for workers to go to the labour office to lodge their complaints as complaints made directly through the WFW application would be acted on immediately within seven days.

On July 2 it was reported that the state with the highest number of WFH complaints was Selangor with 696 complaints, followed by Kuala Lumpur (505), Johor (196) and Penang (123).

A total of 59 compounds on violation of worker attendance capacity at the office or workplace had been issued by the Labour Department of Peninsular Malaysia and Occupational Safety and Health Department between June 1 and July 1.

Meanwhile, on the food aid, the Tapah MP said 37,000 food baskets had been distributed to residents in Tapah since the MCO last year while under the People’s Wellbeing and Economic Recovery Package (Pemulih) programme 7,000 baskets have been distributed so far. — Bernama