Over RM400,000 forfeited from Addy Kana’s wife, her companies now belongs to govt 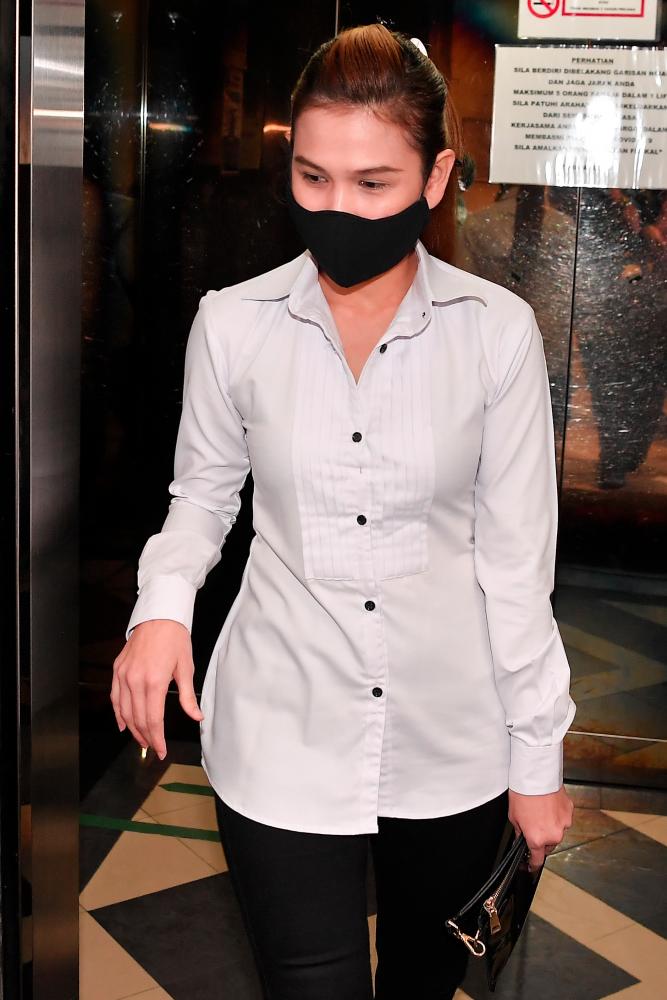 High Court Judge Mohamed Zaini Mazlan ordered the money to be forfeited to the government after Malaysian Anti-Corruption Commission (MACC) deputy public prosecutor Nik Haslinie Hashim as the applicant informed the court that Alyaa Syuhaila as the respondent agreed to hand over the property to the government.

“I request for applicant’s application to forfeit Alyaa Syuhaila’s money amounting to RM353,723.81 which is in her five bank accounts and RM75,846.82 belonging to Nine Nine International be allowed,” Nik Haslinie said.

Lawyer Nur Fatin Najwa Ahmad Zainol, who represented Alyaa Syuhaila, said her client agreed for the items to be handed over to the government.

Also applied was forfeiture of money belonging to Alyaa Syuhaila amounting to RM353,723.81 which was in her five bank accounts and RM75,846.82 belonging to Nine Nine International.

The applications were filed on the grounds that the money, which was seized in December 2020 and January 2021 were allegedly proceeds obtained from unlawful activities, namely online gambling and cryptocurrency trading, which is an offence under the Anti-Money Laundering, Anti-Terrorism Financing and Proceeds of Unlawful Activities Act 2001. — Bernama