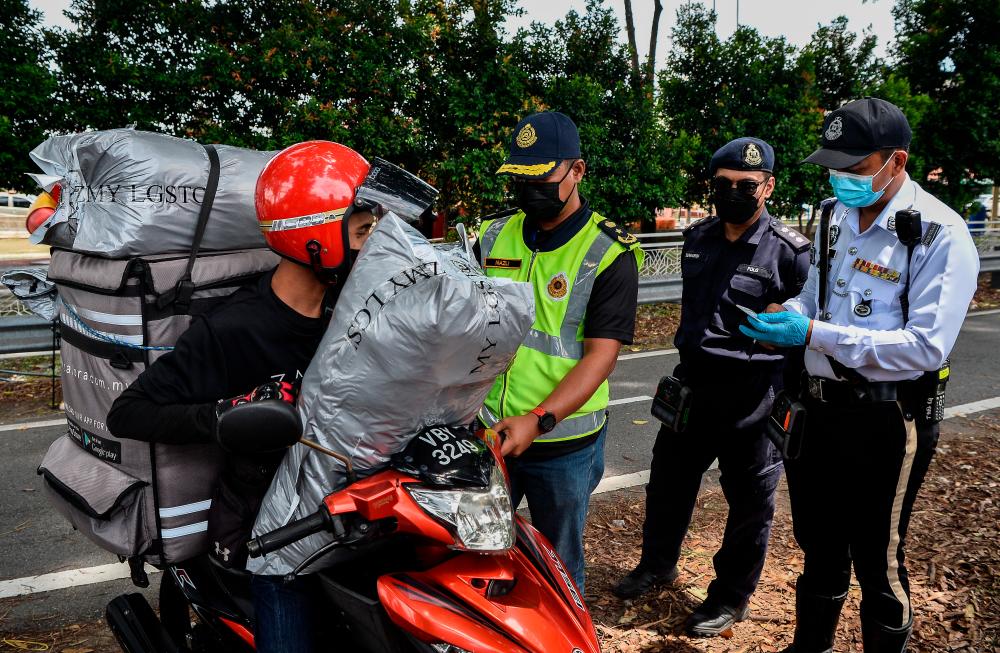 He said since the operation dubbed Op Merah was launched on Oct 8, a total of 112 notices were issued, of which 183 were related to the offence.

A total of 549 motorcycles were inspected during the operation and other common offences were not wearing a safety helmet and riding against traffic direction.

“We hope these delivery riders would abide by the set rules so that they do not put themselves and other road users at risk.

“The advocacy programme held in conjunction with Op Merah with the cooperation of the Operation and Road Safety Units is to create awareness on road safety and traffic etiquette among P-hailing riders,” he told reporters when met at Melaka Sentral BusTerminal here late last night.

Meanwhile, Mohamad Firdaus said since the interstate travel ban was lifted on Oct 11 until yesterday, 152 express buses and 1,800 passengers were inspected across peninsular Malaysia.

“Apart from checking on the bus condition, the drivers’ licence and log books to ensure that the operators provide a second driver for journeys that exceed 300 kilometres or four hours, inspections were also made to ensure that the MySejahtera QR Code and hand sanitisers were provided and that only fully vaccinated individuals were allowed on the bus,“ he said.

He added that during the operation, three compounds amounting to RM4,500, were issued by Health Ministry (MOH) enforcement personnel for failing to scan the MySejahtera application when entering the bus terminal.- Bernama