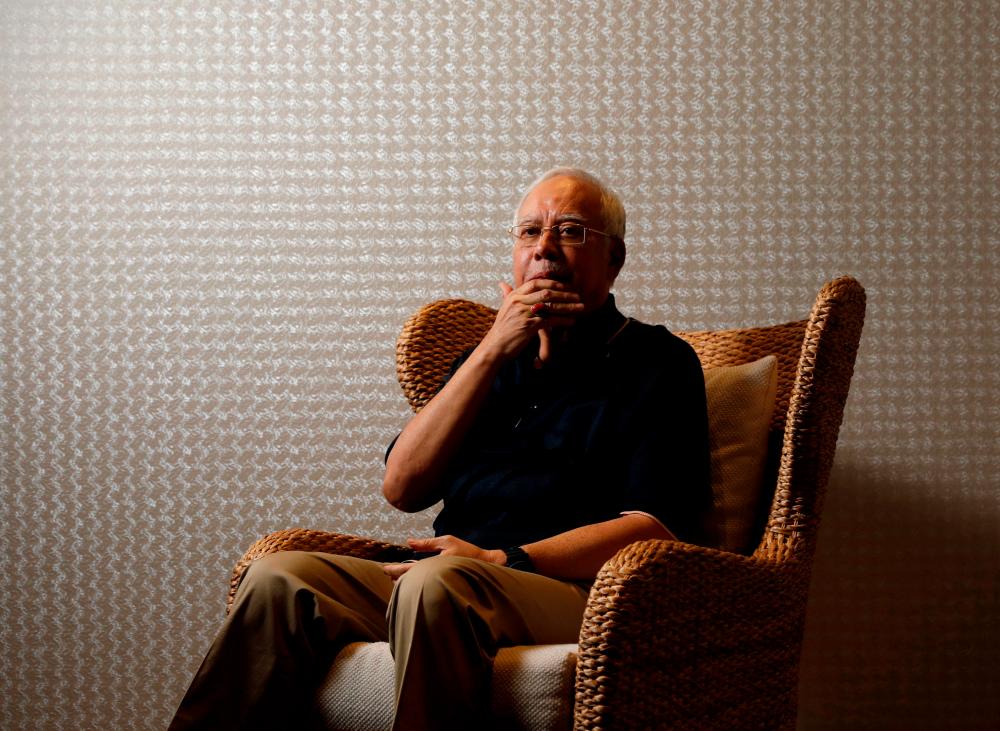 Najib was said to have chosen the most expensive parcel among the options offered. – REUTERSPIX

PETALING JAYA: The saying that there is money in politics has never been more true in Malaysia. Just a decade in office entitles a former prime minister to a RM100 million property, a privilege some have described as audacious.

A social activist and a former MP, who voiced objection to the offer made to Datuk Seri Najib Abdul Razak, have called for stricter guidelines on rewards to past premiers.

Former Transport Ministry secretary-general Tan Sri Ramon Navaratnam said those with a criminal record should be barred from receiving such rewards, adding that it would set an unhealthy precedent if such a move was allowed.

“Soon, all those who have been convicted would also line up for rewards. It would undermine morality and good governance in our country.”

The government had reportedly given Najib a choice of several properties to choose from, and he had picked the most expensive option, a 2.8-acre parcel in Bukit Petaling, Kuala Lumpur.

However, when the issue became a hot topic during the Malacca snap election, Najib announced that he was withdrawing his choice.

It is not unusual for retiring leaders around the world to be rewarded but there have been few cases, if any, that has come close to such audacity, even in rich countries.

For instance, former US presidents have to find their own accommodation after leaving the White House.

Ramon said the Members of Parliament (Remuneration) Act 1980 should be repealed or amended in consultation with the people.

“As it is, the legislation is just an Act of the government to protect its own members’ interests. It does not reflect the sentiments of the people and therefore, it also undermines democratic principles,” he added.

“It looks like the people would eventually lose hope in the government.”

Ramon said the guidelines for the allocation of such “gifts” should be revised to fit the values and standards of the day.

He pointed out that the guidelines in place now were introduced many years ago, and “times have changed”.

He said there should be a clause in the guidelines to ensure that such gratuities are given only to individuals who do not have a criminal record.

To highlight the temerity of Najib’s request, former Sungai Benut MP Tawfik Ismail revealed some cases from the past.

Malaysia’s first prime minister Tunku Abdul Rahman was given a house at the foot of Bukit Tunku upon his retirement. The locality, originally known as Kenny Hills, was renamed in his honour.

Tawfik told theSun that when his father Tun Dr Ismail Abdul Rahman passed, he was serving as acting prime minister but his family did not receive any reward in assets from the government.

The family even had to surrender his official car.

“Apart from his pension, which my mother was entitled to, we did not get anything from the government.”

However, the government did name the country’s first nuclear technology research facility, the Tun Ismail Atomic Research Centre, in his honour.

No end of Covid war in sight with Omicron emergence

1.No end of Covid war in sight with Omicron emergence