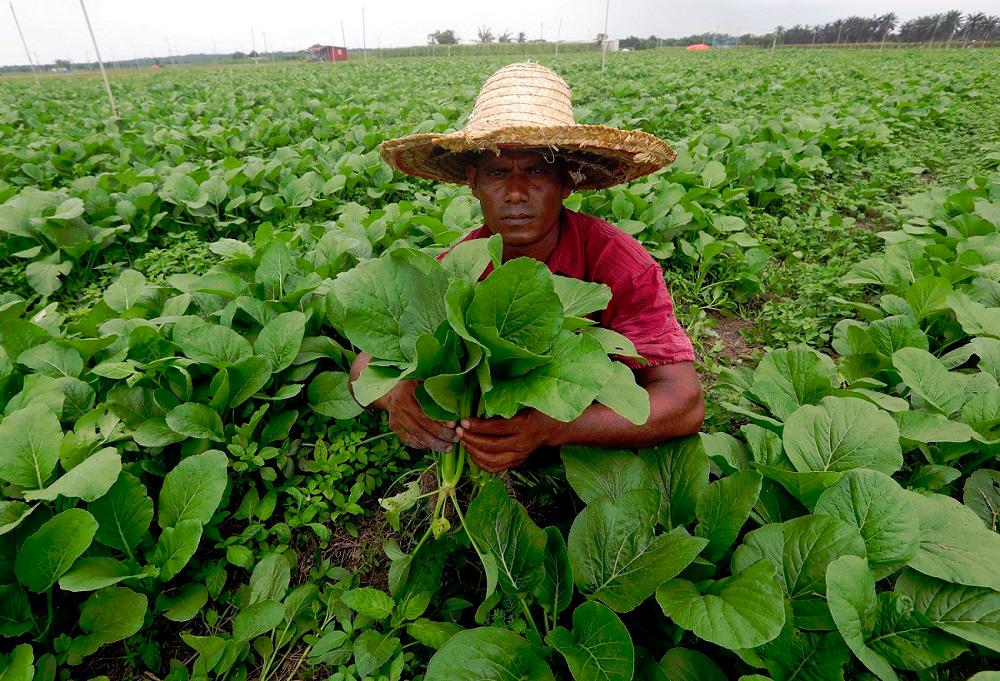 Vegetable wholesalers say a reduction in the number of migrant workers has badly affected yield and harvest. – Masry Che Ani/THESUNpix

PETALING JAYA: Consumers will have to continue paying higher prices for food and other essentials for at least another two to three months.

Producers and suppliers have cited three factors that have contributed to the price increases, namely bad weather, shortage of labour and lower production. These factors, if not addressed quickly, will keep the prices of vegetables and seafood high for an indefinable period, according to suppliers.

“The farming sector depends heavily on imported labour and with the exit of many migrant workers due to the Covid-19 pandemic, production has dropped significantly,” he said.

Wong said the prices of fertilisers and pesticides have also risen by 50 per cent to 100 per cent recently, adding to the production cost.

Furthermore, shipments from China, a major producer of vegetables, have not been consistent in the past two months, leading to even lower supplies. The Covid-19 pandemic is partly to blame for the supply shortage, Wong said.

He said the prices of vegetables are expected to remain high until February next year.

A check by the Consumers Association of Penang (CAP) has shown that the prices of most vegetables have risen lately.

For instance, choy sum (sawi) now costs RM9 per kg, up from RM3 while broccoli is sold at RM20 for a kg compared with RM8 previously.

Wong, whose association represents more than 200 wholesalers, said the government should address the many issues quickly to enable producers and suppliers to cater to the needs of their customers.

The prices of seafood have also risen, but it is mostly caused by bad weather. National Fishermen’s Association (Nekmat) general manager Azrin Shah Ismail pointed out that the northeast monsoon has brought heavy rains and rough seas, making it risky to go out to fish.

“With huge waves pounding their boats, it has become dangerous for our fishermen,” Azrin told theSun.

He expects the bad weather condition to continue until the Chinese New Year festival in February. As a result, there have been complaints that the prices of fish in some areas have risen by up to 20 per cent.

He said many consumers have opted to buy frozen fish, which has been made available nationwide by Nekmat.

Azrin said the Agriculture and Food Industries Ministry had alerted Nekmat earlier to be ready for the supply shortage. “We now have 50 tonnes ready at any given time,” he said.

He said the prices are quite affordable. “Customers can choose from seven varieties of fish. The price is only RM10 a kg,” he said.

He also refuted claims that frozen fish is not as fresh as those that had just been landed.

CAP president Mohideen Abdul Kader urged the government to conduct an investigation to determine the reasons for the price increases.

They urged the Domestic Trade and Consumer Affairs Ministry to enforce the Price Control and Anti-Profiteering Act 2011 to curb price increases.

“The government should also muster the help of cooperatives to deal with middlemen and wholesalers who exploit their bargaining power to short-change farmers and producers.”

Prime Minister Datuk Seri Ismail Sabri Yaakob attributed the price increases to a supply chain issue. “Take chicken as an example. Breeders, factories and wholesalers have their costs, so by the time the goods reach the traders, the prices are already high,” he told reporters after conducting a check on prices of essential items at a MyFarm Outlet Kasih in Kuala Lumpur yesterday.