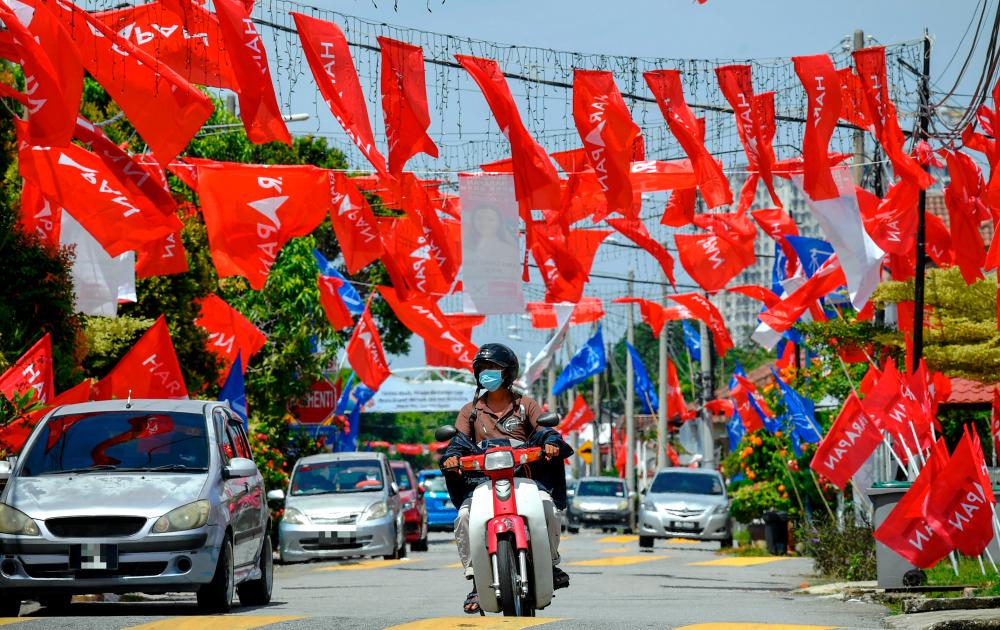 During the Malacca election, political ‘frogs’ did not get support from voters. BERNAMApix

PETALING JAYA: It does not always pay for a party to accept political frogs, said analysts.

Commenting on the current situation of Parti Pribumi Bersatu Malaysia (Bersatu), Universiti Teknologi Malaysia geostrategist Prof Dr Azmi Hassan said it could, however, be a blessing in disguise for the party.

“This will give Bersatu a chance to reflect on what it needs to do to face the coming general election.

“For example, during the Malacca election, the ‘frogs’ did not get the support of voters. This not only applies to ‘frogs’ from PKR but also those from Umno who decided to join Bersatu.”

He added that it was good for Bersatu that the ex-PKR members had left the party without being forced to do so.

Azmi said this might help Bersatu strengthen itself by looking at changes it needs to make before the next general election.

He said the party must also be mindful of its original members as it cannot give seats to “frogs” while leaving its loyal members in limbo.

Azmi said it would be difficult for the party to justify reasons its own members were not given seats while “frogs” get them.

“Even when the ‘frogs’ jumped to Bersatu, there was no mass exodus of PKR or even Umno members to Bersatu.”

Azmi said they did not bring any real advantage to the party except to bolster its number of seats.

Sivasubramaniam and Yong were previously associate members of Bersatu after leaving DAP.

Malaysian Council of Professors senior fellow Prof Dr Jeniri Amir said at the moment, Bersatu is in a weakened position and ex-PKR members leaving it makes no difference.

He said looking back at the last general election, Bersatu only won 13 parliamentary seats. The other seats were through MPs joining it from other parties.

“Bersatu has a weak grassroots machinery, which it must work hard to strengthen before the next general election.

“It cannot go head-to-head with Umno at the moment, and the big question is how many seats it will be able to retain from the last general election.”

He added that it would really make no difference whether ex-PKR members stayed or left Bersatu.