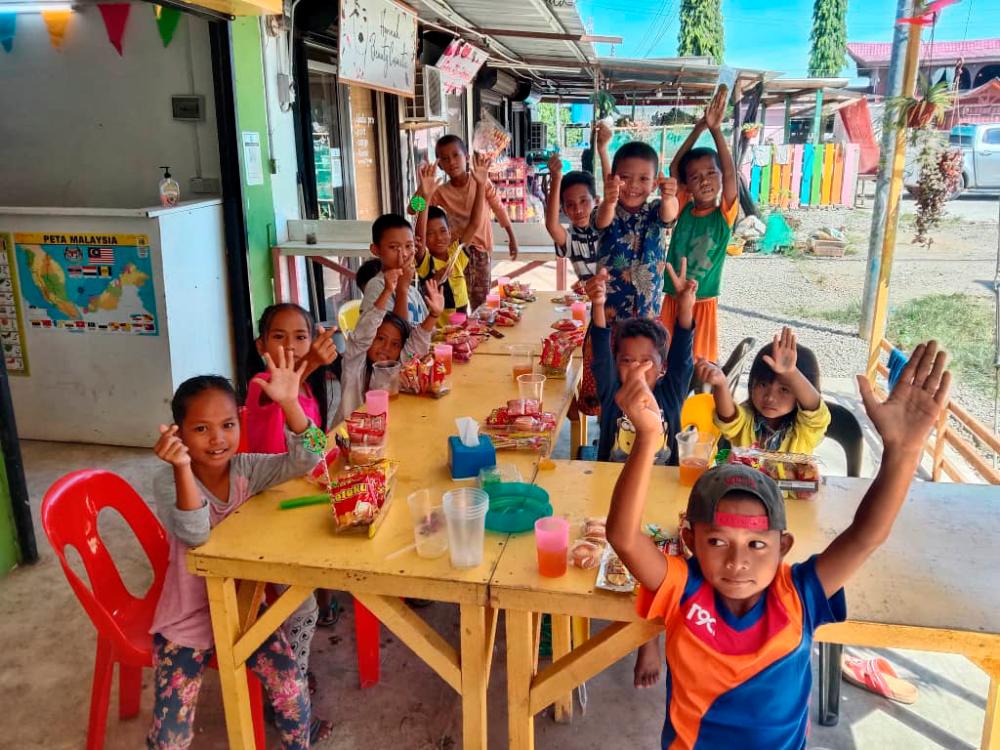 KUALA LUMPUR: Waking up at dawn to get ready for school is one of the most dreaded routines for many schoolchildren.

In fact, many even question why they have to be in school every day.

On the other hand, the Suluk children of Semporna in Sabah are eager to be in the classroom at the break of day.

Unlike their more privileged peers, for whom school starts at 7am and the dismissal bell does not ring until 2pm, a day in the classroom lasts barely two hours for them.

By 9am, they are on their way home, where several tasks await them.

All households in the Suluk community are stricken by a common “ailment” – poverty. According to social activist and volunteer at NG Divers Kembara William Cheah, children are expected to also help make ends meet. NG Divers is a non-governmental organisation that started a project to feed hungry children at a stall set up in the Suluk community. It then moved on to provide basic healthcare, followed by education, setting up Sekolah Kita.

Given the circumstances, NG Divers did not set itself ambitious goals when it started out in the Suluk community. “Our aim was only to help the children achieve a basic level of literacy,” Cheah told theSun.

“We try to teach them the ABC, how to write their names and such.”

Once they have mastered the basics, the children are taught more complicated skills such as stringing sentences together, general knowledge and basic math.

“Apart from that, we also teach them hygiene and basic self-care. They learn to brush their teeth, have their wounds examined and are given a free meal every time they attend school,” he added.

Classes are small, with a maximum of only 15 pupils each.

Once a month, the children are taken to NG Divers’ community hub and are taught practical skills such as sewing, cooking and even snorkelling.

“However, such classes are only available when there is an injection of new funds,” Cheah said.

Once school is over, the children are back at work, scouring rubbish dumps for recyclable items to sell. Cheah said each child can make RM3 to RM5 a day, which helps in the family’s daily expenses.

One volunteer who is an inspiration to the children at Sekolah Kita is Munirah Daniella from Klang.

Barely 13, she has won the hearts of the Suluk children, partly because she has gone through the same challenges in life, the biggest of which is poverty.

By the age of six, she and her elder sister were working at a restaurant to help make ends meet for her family.

But Munirah, affectionately known as Irah to her friends, was lucky enough to get a big break.

She was recruited as a volunteer by NG Divers and began helping to feed underprivileged women and children in Klang.

Later, she was chosen to join Cheah and two others on a trip to Semporna. She fell in love with the Sekolah Kita project and opted to stay.

Irah enrolled as a Form One student in Sekolah Kita, and in her spare time helps the other children with their school work, and also teaches them Mandarin.

She is also a great cook and plans to teach when she finishes school.