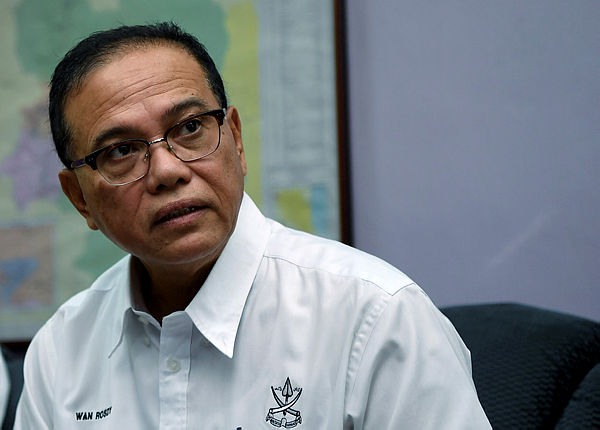 THE Pahang government is ready to consider appeals from industry players who feel the new quit rent which came into effect this year is too high.

Menteri Besar Datuk Seri Wan Rosdy Wan Ismail said owners of plantations, industrial lands and businesses could submit appeals to the Pahang Land and Mines Office along with supporting documents and the appeals would be brought to the Appeal Committee Meeting which will be set up soon,

“The new tax rate has been meticulously detailed and researched, however, it does not affect agricultural land of less than four hectares so as not to burden smallholders, villagers, Felda settlers and the B40 group.

“The increase is greater for industrial, commercial and agricultural areas over four hectares with the rates varying according to districts and locations and the type of business or farming,” he said after a friendly meeting with the Benta state assembly community here today.

Wan Rosdy said the new rate was still among the lowest, when compared to other states.

The last time Pahang reviewed the quit rent rate was in 2007, applicable to land approved from that year on, whereas the previously approved land adopted the 1994 rate.

“This new rate will also coordinate two different tax calculations, namely 1994 and 2007. For residential land, no rate hike will be imposed, but land still using the 1994 rate will use the 2007 rate from this year.

Revision of quit rent rates, according to Wan Rosdy, can be done by the state authorities from time to time under Section 101 of the National Land Code, other than the Federal Government through the National Land Council which stipulates that revisions should be made every 10 years to adjust with the current value.

In another development, Wan Rosdy said the state government would implement seven programmes and incentives to improve the the well-being of the people, which included an overall allocation of more than RM40 million this year.