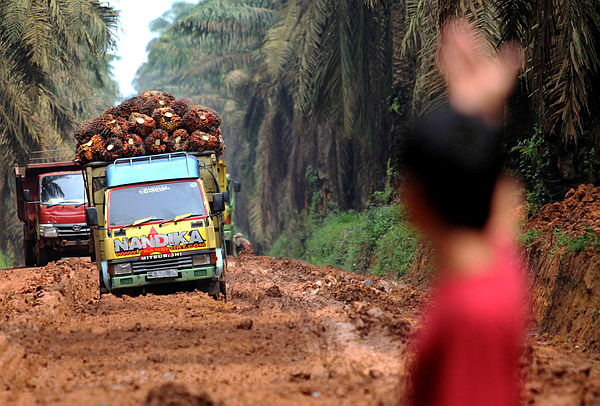 PETALING JAYA: A group stakeholders representing the palm oil industry has rejected claims that Malaysia has cleared rainforests to cultivate the oil palm crop since 1990.

In rejecting the European Parliament’s stand on palm oil, Teo said environmentalists claim that the palm oil industry is destroying rainforests and contributing to climate change.

“They claim that destruction of rainforests was a threat to indigenous communities and threatened species like orangutan.

“The development of palm oil is also blamed for contributing to climate change through forest-clearing fires as carbon dioxide is released to the atmosphere,” he said.

Teo said the expansion of the oil palm industry in Malaysia over the last 50 years was mainly on land converted from rubber and cocoa agriculture, affirming that no rainforest land has been used since 1990.

He said that with the EU being one of the main importers of palm oil, a ban on the industry is regressive and will cause uncertainty in global trade as the global sales from palm oil exports totalled US$33.3 billion (RM135 billion) in 2017.

Teo said that the ban will negatively affect EU trade in the Asian region.

“Presently, Europe’s import of palm oil is worth up to US$7 billion; half of which is used as biodiesel. In Malaysia, the EU accounted for 12% of the palm oil exports in 2017 and is the biggest buyer after India.

“The Netherlands accounts for about half of Malaysia’s exports to the EU.”

Malaysia is the world’s second largest producer of palm oil.