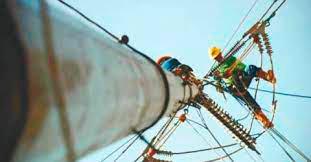 KOTA KINABALU: “Pancing karan”, a local term for electricity theft by making illegal connections, is not something “unusual” in Sabah, especially among squatter residents, who are usually illegal immigrants.

Bernama, which has been following the authorities in a two-day operation to crack down on this activity in Lorong Keleto, Kampung Bawang, and Kampung Suang Parai here saw how cables are illegally connected to the feeder boxes by the culprits to steal electricity to their homes.

Wires and cables dangling in bunches from electric poles and also lying on the ground and across rivers are a common sight. They pose a threat to the safety of those living in the area.

Sabah Electricity Sdn Bhd (SESB) Chief Transformation Officer Norhizami Abu Hassan said 'pancing karan' should not be taken lightly as it could cause death, as well as disrupt the electricity supply system.

“These illegal connections made to steal electricity should be stopped, hence the operation by SESB and the relevant authorities, which is to ensure the safety of the public, especially to prevent electrocution among the residents ,” he said in an interview with Bernama and RTM.

Norhizami said the illegal activity should be stopped to avoid power supply disruption and ensure stable electricity supply for subscribers in the state.

“SESB suffers non-technical losses amounting to RM25 million to RM30 million a year due to illegal connections in squatter settlements,” he said, adding that SESB is working with the state government to identify settlements that can be provided with special electricity supply with the use of pre-paid electricity meters.

On the operation that was held, he said, it involved 73 personnel from SESB, Sabah Energy Commission, the local authorities and the police.

He advised the public against making illegal connection to steal electricity as it is not safe, and those with information on the matter to lodge a report with the relevant authorities.

In less than a week after the operation, it is back to normal again, he added.

A housewife in Inanam, Noor Maizunah Zainul, 44, said electricity supply in her housing area is always disrupted and believed it is due to the “pancing karan” activity.

When we advised them (squatter resident) against doing it, they became aggressive, she added. -Bernama