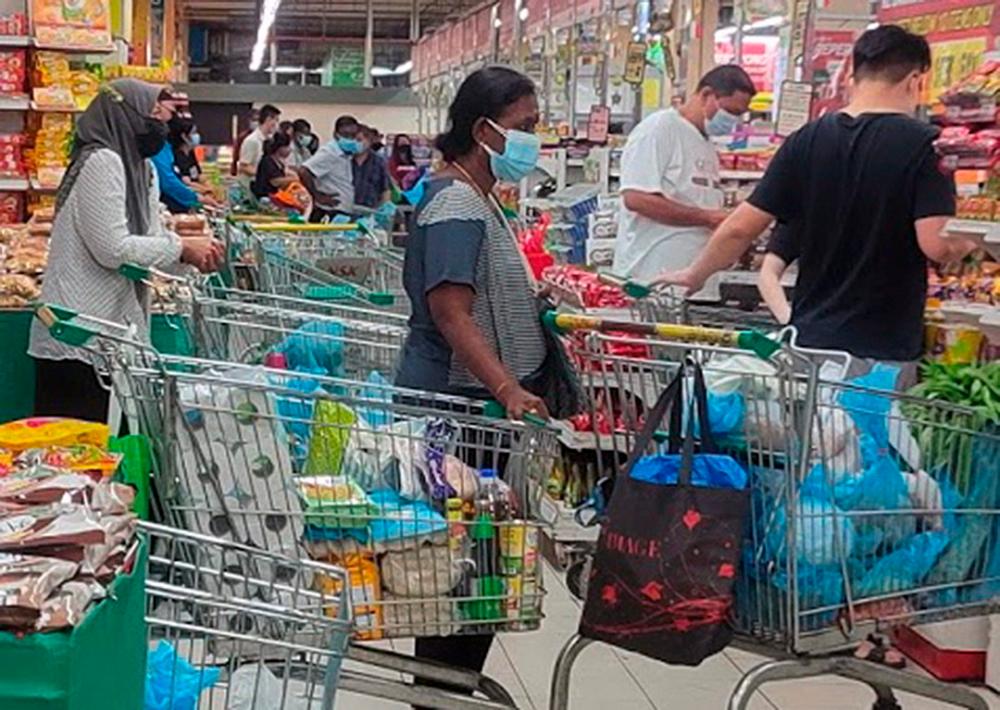 PETALING JAYA: The picture of a shopping cart spilling over with toilet rolls is likely the most iconic image of panic buying just before a total lockdown.

Rather than a reflection of any fear of a prolonged tummy upset, it is symbolic of anxiety that essential supplies may run out.

“People develop anxiety when there are uncertainties,” he told theSun.

“They just didn’t know how long the lockdown would last.”

However, there was not much panic buying when the second MCO was put in place because people were not as anxious as before.

Now, a significant daily increase in the number of new Covid-19 cases and the sharply rising death toll have brought back the anxiety.

“People are now unsure if the lockdown will be extended beyond June 14,” the Help University dean added.

He said the feeling of uncertainty has fuelled negative emotions such as anxiety and lack of self control.

“When a shopper manages to get the item he desires, it alleviates anxiety. Panic buying is some sort of a coping mechanism.”

Louis said pictures of long queues at supermarkets on social media could have further exacerbated feelings of anxiety and influenced people to binge-buy.

The government and the media could help change this behaviour by sending the right signals.

This can be done by placing more images of fully-stocked supermarket shelves, and making it clear through messaging platforms that there is more than enough to go around.

Federation of Malaysian Consumers Associations (Fomca) chief executive officer Saravanan Thambirajah said the restrictions have been in place for over a year now, and people should get used to it.

Online grocery stores could also influence customers to shop on the internet rather than queuing at supermarkets, he added.

“It may also be cheaper to buy online. You only have to pay a small fee for delivery and you save on petrol and parking charges,” he said.

However, Fomca has received complaints about goods not delivered and requests for refunds not entertained.

Saravanan said these complaints are mostly against vendors who sell through social media platforms such as Facebook and WhatsApp.

He added the Domestic Trade and Consumer Affairs Ministry should send enforcement officers to stores and supermarkets to monitor supplies and ensure that food item prices are standardised.

“Sometimes, workers do not have time to replenish items on the shelves.

“When there are too many people at the store, it can get quite chaotic,” he said.

HappyFresh offers a wide range of benefits, such as free shipping and on-the-spot rebates, he said.

Reusable eco-friendly shopping bags are also given away with
each order. 4.Sarawak govt online systems, services to be restored by Monday