Parents, nurseries should compromise on fees during MCO 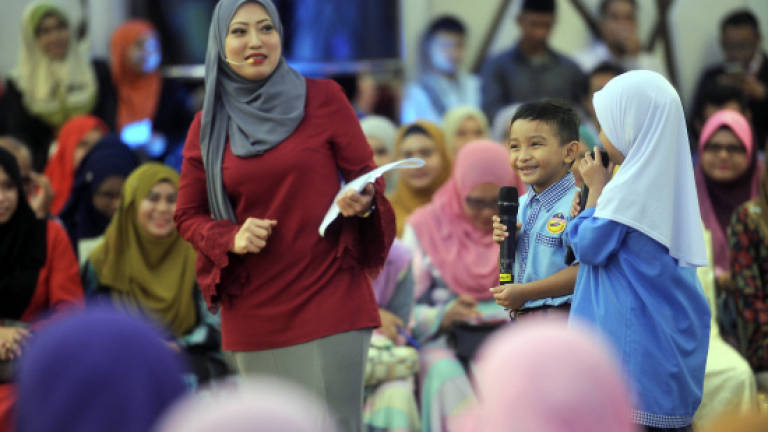 KUALA LUMPUR: The move by childcare centres or nurseries (taska) to demand full fees despite the Movement Control Order (MCO) which enters its sixth week, has become a thorny issue for parents involved.

In fact, this is one of many grouses voiced by parents when majority of the nurseries insisted that the fees must be paid in full to cover certain costs as well as to pay their staff salaries.

An e-hailing driver from Johor Baru, Amir Hamzah, said parents and the nurseries should compromise and have an understanding and empathy to come up with a win-win solution for all parties to solve the crisis.

Amir, 37, said the nurseries should not think about the profit alone by charging the same fees as before, given the fact that many expenses could be saved during the MCO.

This includes saving on utility bills such as electricity and water, stationery sets, and daily meals for the children as well as receiving wage subsidy from the government under the Prihatin Tambahan economic stimulus package.

“It is not that we don’t want to pay at all, we understand the staff salaries depend on the fees, but calculations must be made by deducting unused costs from the full payment of the monthly fees.

“If the fees remain the same, that means the nurseries are making more profits before MCO while some parents are experiencing a complete loss of income. Like me, for example, e-hailing drivers are finding so hard to make ends meet as people choose to stay home,” he told Bernama.

Throughout the MCO, the nursery has allowed Amir, who allocates RM1,000 monthly for his two children - son and daughter - to defer his payment without offering any discounts.

“They do conduct online classes for an hour daily but the effectiveness is not the same as face-to-face in a classroom, especially when children are below four years old,” he said.

Even the cost of buying learning materials and a printer was borne by parents, he added.

Sharing a similar sentiment, a bank employee who wants to be known as Atirah, 39, said the nursery has given her a half-price discount for May, with a condition that both March and April fees must be settled in full.

“Otherwise, they will terminate my three-year-old daughter’s enrollment. My husband and I are working throughout MCO as we are in the essential services. We are forced to send our child to another babysitter as the centre is closed.

“We paid in full for March despite being unable to send her to the centre for two weeks. Since MCO has been extended, we hope the nursery would compromise by offering discounts or the government to come up with fees standardisation,” she said.

Meanwhile, a member of Association of Registered Childcare Providers Malaysia (ARCPM) Board of Trustees, Shamsinah Che Shariff, said many small nurseries or kindergartens were having trouble staying afloat as many parents have refused to pay the monthly fees.

Most of the nurseries have no issues of deducting all other costs as some families may also be affected financially by the MCO and it would be wise for both sides to come up with an agreement, she said.

“If the income of the parents has been affected, they can show the proof and discuss with the management, it should not be a problem. It is also fine if (parents) want the meal costs to be deducted.

“The utility bill is not so much compare to the love and care as well as good services provided for the children. The nurseries still need to pay rent, salaries and must make contributions to Employers Provident Fund and Social Security Organisations,” she added.

However, she said, some parents did settle the full payment although they were offered discounts as they understood the value of the nurseries and kindergarten as a professional provider.

She added that small nurseries have been severely affected when parents decided not to make payment since they were looking after their children at home.

In the meantime, Shamsinah said the efforts of teachers and caregivers to conduct online lessons was a proof that they were willing to put extra efforts to ensure that children did not miss the learning process apart from making most of their time with quality activities.

“With the technology, the online teaching initiative definitely needs a little assistance from parents, but parents should also see that it takes a lot of effort from teachers to make extra preparation to conduct the lesson,” she added. — Bernama