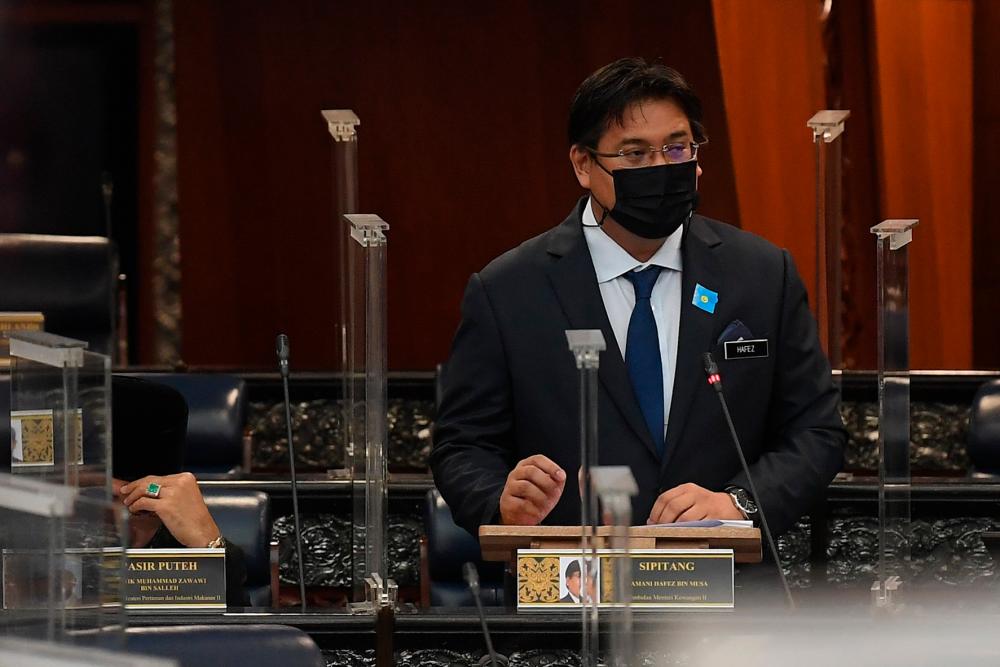 The bill, which was approved after the third reading, was to amend the Malaysia Deposit Insurance Corporation 2011 (Act 720) by inserting new provisions.

He said the objective of PIDM establishment was to govern the deposit insurance system, as well as takaful and insurance benefits protection system under Act 720.

“This has created new opportunities and challenges to the financial sector in Malaysia,” he said.

Therefore, he said PIDM was constantly conducting research and reviews the PIDM Act to make it more effective, agile and able to meet the needs of the rapidly changing financial sector.

“The PIDM Amendment 2021 bill is necessary and important to enable PIDM to play its role and fulfil its mandate more efficiently and effectively.

“Hopefully, the amendment can protect the interest and preserve public confidence in the banking and insurance system, thus, maintaining the stability of the financial system while stimulating Malaysia’s economic growth and prosperity,” he said.

In the winding-up session, he said the amendment bill would, among others, improve the efficiency of PIDM corporate governance and strengthen PIDM’s operational readiness and efficiency in performing its functions and obligations to promote the stability of the Malaysian financial system.

He said Clauses 4 to 8 were amendments to enhance the effectiveness and accountability of PIDM’s board governance.

Meanwhile, he said to strengthen PIDM’s readiness and efficiency in discharging its statutory responsibilities, the new Section 97A (under Clause 30) provided that PIDM would draft, review and amend resolution plans for its member institutions.

“This amendment provides for the assessment of premiums and levies for member institutions involved in amalgamation,” he said.

He said to correct typographical errors, the proposed amendments included harmonising the interpretation of “conventional deposits”, “Islamic deposits” and “investment accounts” in the PIDM Act with the interpretations on Bank Negara Malaysia’s legislations, namely the Financial Services Act 2013 (Act 758) and the Islamic Financial Services Act 2013 (Act 759).

Besides, he said the bill also clarified that investment linked to derivative products were not included in the definition of “deposit” and therefore not under the scope of PIDM’s protection.

Controversy clouds Ashes before a ball is even bowled